« You Probably Should Not Drive Here (PHOTOS)

Watch a McKinleyville man repeatedly attempt (and fail) to shoot his firearm during an attempted robbery at a Eureka liquor store. Then watch the clerk and bystanders wrestle him into submission until the cops come. More on the suspect and the incident here: http://bit.ly/1nM4dXD 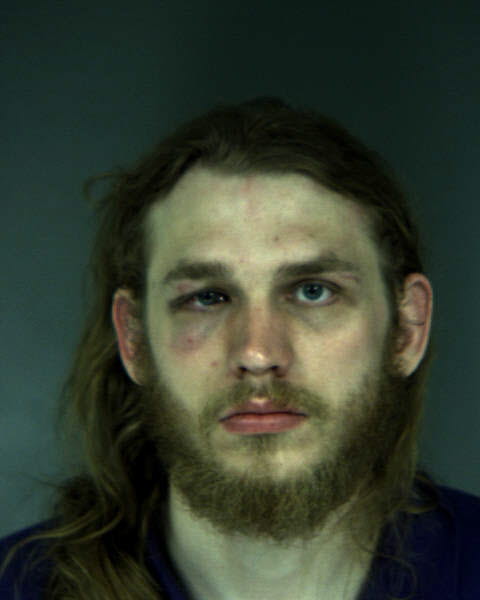 On 03/14/16 at about 9:37 11:37 p.m., officers responded to a liquor store on the 1500 block of 5th Street for the report of a man causing a disturbance with a firearm.  Upon arrival, officers found Aaron Christopher King, 25 of McKinleyville, restrained on the floor of the store by three citizens.

Officers reviewed the surveillance footage and saw King enter the store with a firearm in an attempt to rob the store.  King attempted to shoot the clerk several times but the gun malfunctioned each time.  The clerk fought back until a citizen came in and stripped the
gun from King and held him down.  Two additional citizens entered the store and assisted in holding down King until police arrived.

King was arrested and booked into the Humboldt County Correctional Facility for attempted murder, robbery, assault with a firearm, and felon in possession of a firearm.  It was determined that the firearm used by King was loaded and had been reported as stolen from a residential burglary in Eureka. Any witnesses to this incident are asked to call the Eureka Police Department at (707)441-4060.