METH, LIES AND VIDEOTAPE: The Case of the Missing Trailer, and the Paper Trail » 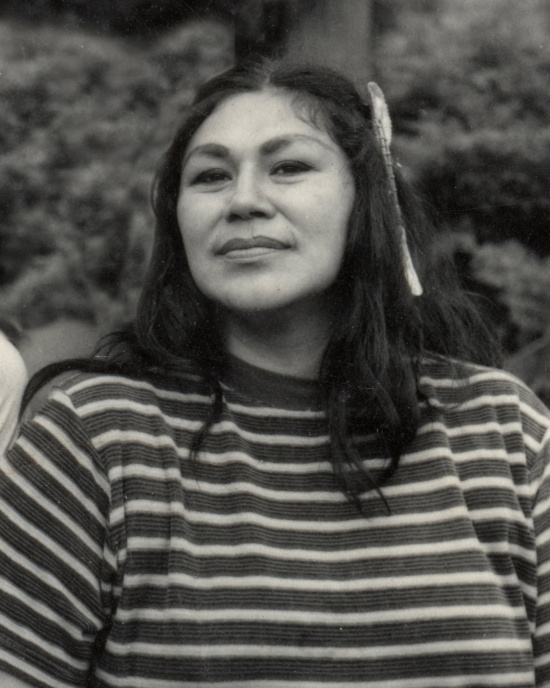 Margaret Helen Frye-Carlson was the third of five children born to Walter Frye (Blue Creek) and Effie Boskey (Weitchpec) on March 15, 1936 in Hoopa. She left this world suddenly on March 22, 2016 at St. Joseph’s Hospital in Eureka due to natural causes.

Margaret Carlson was a traditional healer and Indian Doctor, a fluent speaker of the Yurok Language, and a fearless activist who always enjoyed a good battle. A few of her endeavors included:

Margaret believed in Absolute Sovereignty, utilizing Federal Indian Law to protect fishing rights and religious freedom for Yurok People. Her triumph in federal court caused indigenous people from afar to seek her legal counsel during their fight to retain their ancestral rights.

She was a strikingly beautiful woman who spent her life surrounded by the beauty of her beloved Blue Creek after she was called home during her dreams to steward the land. She was an extremely diligent worker: gathering, hunting, fishing, picking berries and canning in great abundance with great skill. She loved Blue Creek, and Blue Creek loved her back by providing in abundance for all her and her family’s needs.

Funeral Services will be held at the Yurok Tribal Office in Klamath on Saturday, March 26, 2016 at 11:00AM. Please join the family for a Celebration of Life Potluck at the Tribal Office following burial in Blue Creek.