« YOUR WEEK IN OCEAN: Hiking the Coastal Trail Before it is Built 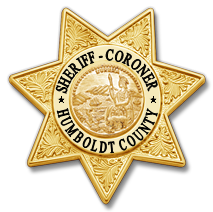 On May 15, 2016 at about 1:00 PM the Sheriff’s Office was notified by a person canoeing on the Eel River of possible human remains found on the Shively side of the Eel River near Stafford. Deputies responded to the location and were able to confirm that the remains were of human origin.

A Sheriff’s Detective and Deputy Coroner responded to the scene. The remains are described as mostly skeletal. Due to the extreme decomposition of the body, it is unknown if the remains are male or female at this time. Further examination by a pathologist or anthropologist may be needed before we have any further information to release.

Anyone with further information regarding this case is encouraged to contact the Sheriff’s Office.