A LoCO reader and occasional daytime TV watcher alerts us to some facts: 1) Judge Judy is still distributing fresh tongue lashings to human beings who, for whatever reason, agree to play along with her unique brand of WWE-style arbitration; 2) hey, some Humboldt locals were featured on yesterday’s episode. 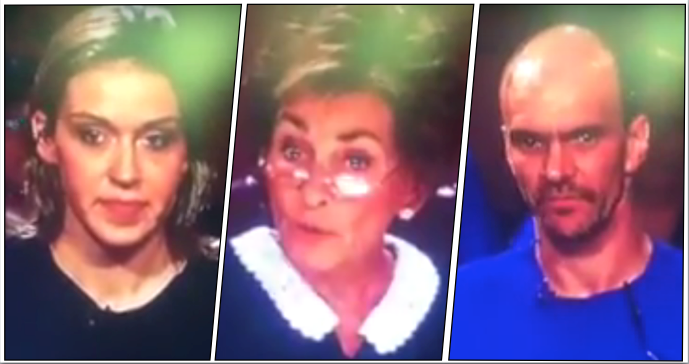 A case featured on Monday’s episode, titled “Bailiff Caught in the Middle!,” ex-lovers Stephen Owens, Jr. and Christina Asbury step into Judge Judy’s courtroom. The pair had been living in a trailer purchased by Owens in on Asbury family’s property in Ferndale. In September 2015, after disputes over alleged relational indiscretions, Asbury and her stepfather Kenny Thomas allege that Owens burned Asbury’s clothing as revenge. Later, after spending a period working in McKinleyville, Owens says he returned to Ferndale to find his trailer gone.

Can Asbury and Owens conduct themselves according to Judge Judy’s famously strict standards? Find out in the lo-fi upload we found on YouTube below.