« LoCO QUIZ: Match the U.S. Senate Candidates With The Loopy Quotes From Their Official Candidate Statements 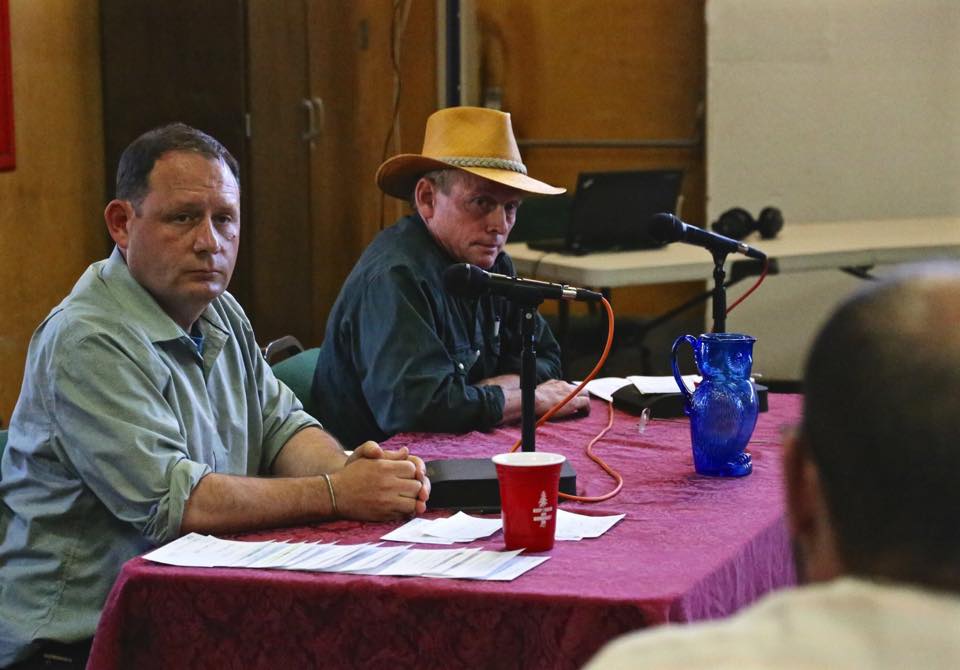 Last night KHUM, the Lost Coast Outpost, and the Mad River Union sponsored a debate between the two candidates running for Third District Supervisor.  Mike Wilson and Uri Driscoll squared off at the Manila Community Center to show voters who would be the best fit to take the seat now held by Mark Lovelace, who is not seeking re-election on June 7.

Check out the entire debate here:

If you want something a little more digestible here is the summary that aired on KHUM this morning. 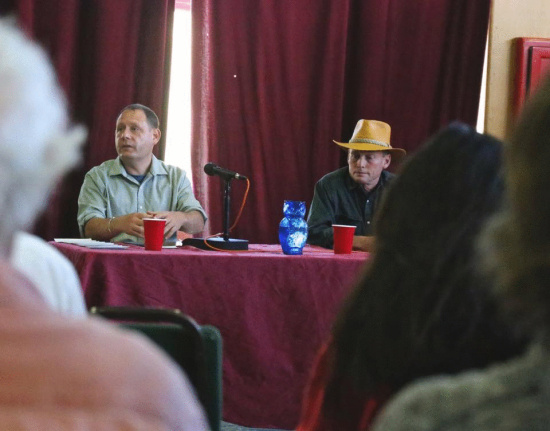 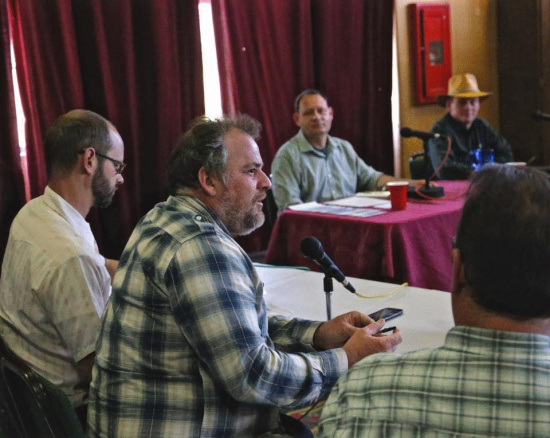 A nice view of the moderator panel. In the foreground from left to right: LoCO’s Ryan Burns, LoCO’s Hank Sims, and the Mad River Union’s Jack Durham. Photo: Andrew Goff