« Two Arrested for Weapons Charges in Eureka After Traffic Stop

Too Much Weed! Cannabis Permit Applications Making Planning Staff Sick and Must Be Paused, Management Says » 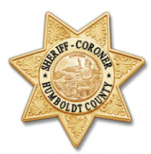 On May 24, 2016, at approximately 1055 hrs, the Humboldt County Sheriff’s Office received a request from Cal Fire to respond to a structure fire in the 4000 block of Salmon Creek Road in Miranda. It was reported that a possible Butane Honey Oil operation was in the structure.

Deputies responded and established a unified incident command with Cal fire personnel. The area was secured and Thomas Road and Salmon Creek Road were closed to all traffic. A reverse 9-1-1 was activated for an evacuation of the area within a one mile radius do to potential hazards associated with large butane and nitrogen tanks that were seen on the property.

At approximately 1434 hrs the fire was contained. Deputies from the HCSO Drug Enforcement Unit (DEU) are currently on scene investigating.