DEAD RECKONING: If Wishes Were Nickels, I’d Be a Millionaire »

A recent headline in the Huffington Post, “German Teen Risks Jail To Climb To The Top Of The Great Pyramid Of Giza” brought back memories. 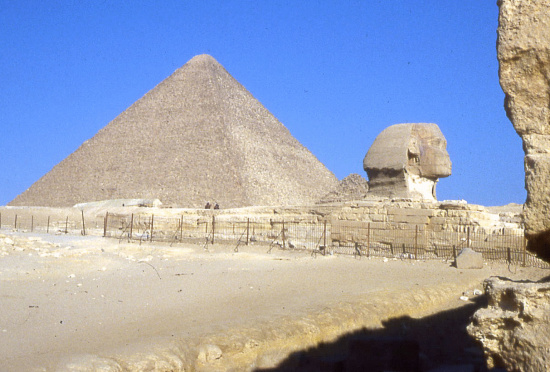 I started climbing Pharaoh Khufu’s egocentric mausoleum, the Great Pyramid, at daybreak. I’d taken the first bus of the day from downtown Cairo ten miles away (where I stayed in what my guidebook charitably called an “economy hotel”) to Giza and walked up to the base of the huge—towering!—pyramid. The sandstone blocks that make up its steeply sloping sides are each about thirty inches high, so climbing entails taking enormous steps. Loose sand and gravel from the crumbling blocks don’t make climbing any easier, or safer. 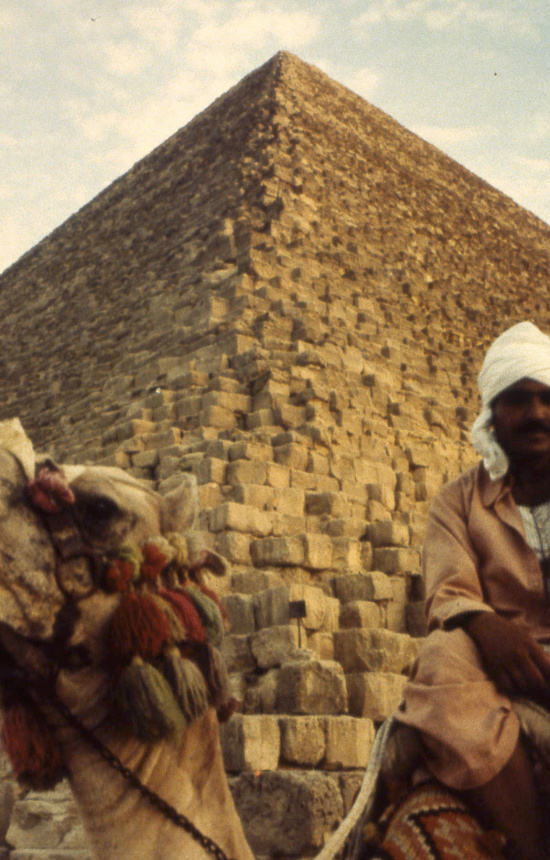 The individual “steps” are over two feet high. They’re crumbling, too.

I knew, of course, that I was illegal—the authorities had clamped down on climbers since an American woman tumbled to her death a year earlier—but I thought I could get away with it by heading up very early in the morning. No such luck. A few minutes into my ascent, about a third of the way up, I heard angry shouting below. A guy in uniform was yelling at me to get the hell down, which I did. When I regained terra firma, he gave me an earful, warning me that if he caught me again—well, I forget what he was going to do (this was 30 years ago) but I slunk away with my tail between my legs and took refuge in a little tea-tent on the far side of the pyramid.

I told the owner about my comeuppance (come-downance?). He sympathized, then asked me what sort of car the official was driving. “A green pick-up,” I told him. After a couple more questions, he smiled. “No problem. Give me ten pounds (an Egyptian pound was then worth about $0.50) and you’ll be OK if you want to climb it.” “How so?” “He’s my uncle. It will be fine.”

That’s all it took. In retrospect, I see how much I wanted to believe him. I innocently gave him ten pounds and started up again, this time from the backside, clothed, I convinced myself, in an aura of legitimacy. I climbed fast—it’s much easier to go up than down—and was at the 455-foot-high summit in about 10 minutes. 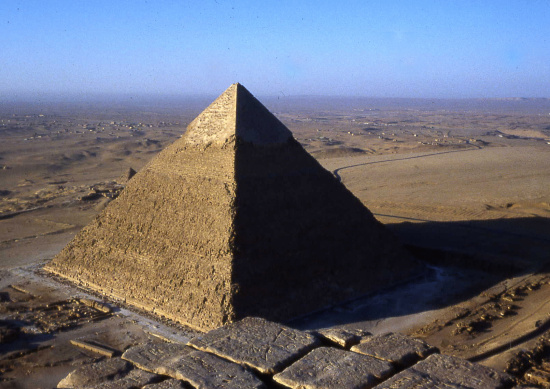 View of Khafre’s pyramid from the top of Khufu’s.

The 20-foot granite mini-pyramid that once topped Khufu’s structure is long gone, its fate probably the same as the original polished limestone slabs sheathing the sides: convenient building materials for Cairo’s mosques and palaces during the Middle Ages. A few hundred feet southwest lay Giza’s two lower “great” pyramids, commissioned by Khufu’s son and grandson, while to the east, Cairo’s huge bulk was half lost in the smog. (An old friend who lives there defined Cairo as a city of eight million and their garbage.) 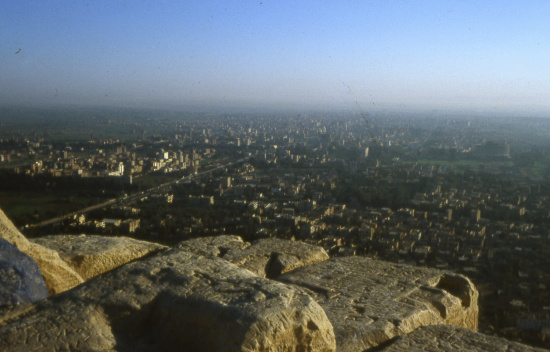 Looking over Cairo from the top of Khufu’s pyramid.

I was exhilarated. I didn’t care now if I got caught coming down. I’d made it to the top of the only one remaining (and by far the oldest — 4,500 years!) of the Seven Wonders of the Ancient World. All that was left was to survive the awkward descent. 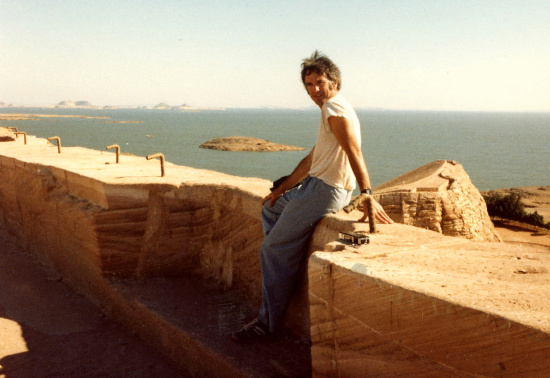