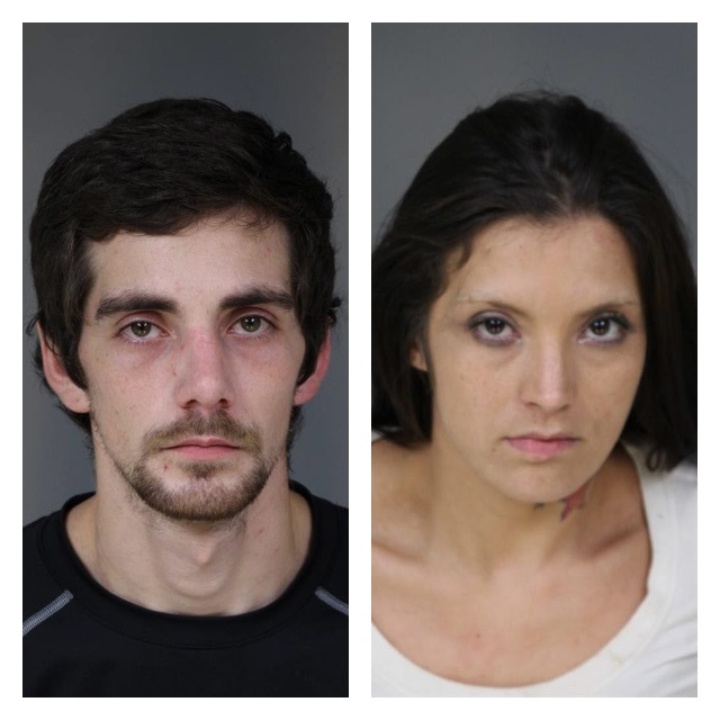 On November 13, 2016 at about 7:15 pm, Officers with the Fortuna Police Department responded to a residence on School Street, Fortuna to attempt warrant service and a probation search on Katrina Lane and Alexander Church. Both Lane and Church had outstanding felony warrants for their arrest.

Officers contacted Church at the front door of the residence and he was taken into custody without incident.  After an extensive search of the residence, Officers located Lane and her two young children hiding under the house through a hole that had been cut in the floor.  Lane was taken into custody without further incident and her children were released to a family member.

During a search of the residence, Officers located evidence and stolen property associated with an earlier burglary report at a local restaurant in Fortuna linking Church and Lane to the crime.  Officers also located two firearms, one of which was confirmed as stolen, ammunition, and other confirmed stolen property.  Both Lane and Church are convicted felons and are not to possess firearms. Lane and Church were booked in the Humboldt County Correctional Facility for the following charges:

Anyone with information about the incident is asked to contact the Fortuna Police Department at 725-7550 or the WeTip Hotline at 1-800-78-CRIME.