State Route 299 Likely to Remain Closed Until Next Wednesday

Anyone planning a trip to Redding this weekend will have to take the backroads — or postpone the trip. Thanks to a major rock slide between Burnt Ranch and Big Bar (see map below), State Route 299 is expected to remain closed to through traffic until at least next Wednesday, November 23, according to a spokesperson for Caltrans District 2.

“There is a massive, massive boulder inside the hill that has an eight-inch crack around it,” said Trisha Coder, a public information officer with the state agency. The giant rock, which Coder compared to Half Dome, sits embedded in the steep hillside above 299. 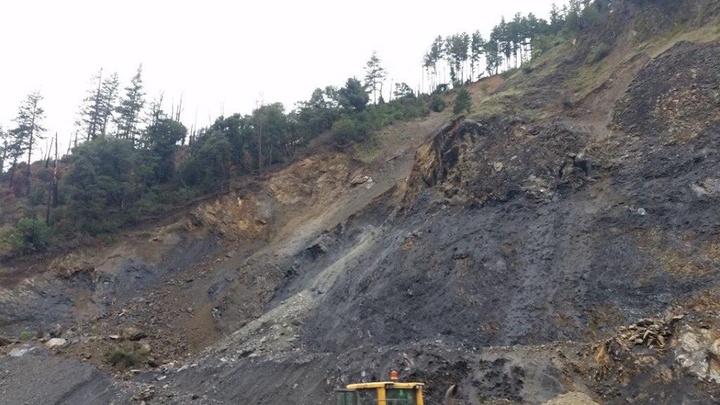 Caltrans workers tried using hydro-mining — high-powered blasts of water — to loosen the boulder, but it didn’t work, Coder said. So over the next few days workers will excavate the boulder with tractors and heavy equipment, letting the debris tumble down to a freshly built bench slope — “almost like a new road,” Coder said.

Even if all goes as planned, 299 will probably only be cleared for one-way controlled traffic next week. So if your Thanksgiving plans involve family in the Redding area, you may want to consider State Route 36. Or Skype.