YOUR WEEK IN OCEAN: New Chapter for Old Pulp Mill 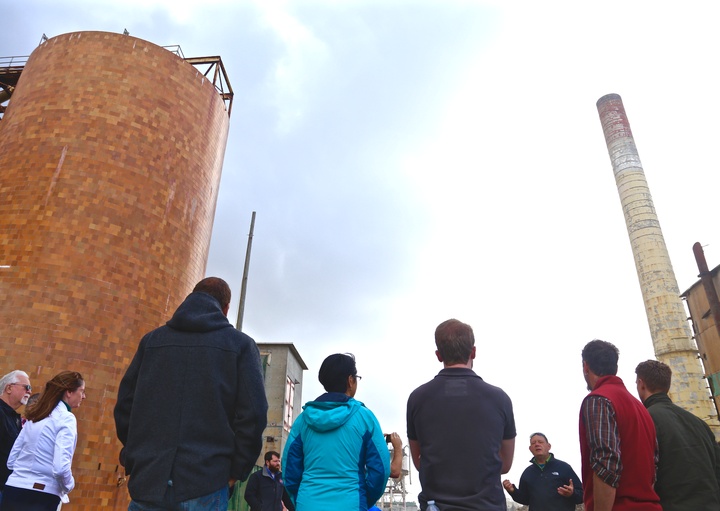 The most iconic landmark on Humboldt Bay can finally stop being called “the old pulp mill site,” and start its new life as the National Marine Research and Innovation Park with the grand opening of Redwood Marine Terminal II. For over 50 years, the site has stood as a reminder of the timber industry era, symbol of the Surfrider Foundation Clean Water Act lawsuit, and more recently, seemed destined to become a zombie apocalypse theme park.  Now, thanks to the Humboldt Bay Harbor Recreation and Conservation District, State, Federal, and economic agencies, Humboldt County, U.S. EPA, Coast Guard, contractors, public and private groups, and countless others, the site is entering a new chapter in its long legacy.

Friday October 14 was the grand opening celebration of Redwood Marine Terminal II, and the Humboldt Bay Harbor Recreation and Conservation District welcomed the public to tour the facility and learn about future plans. 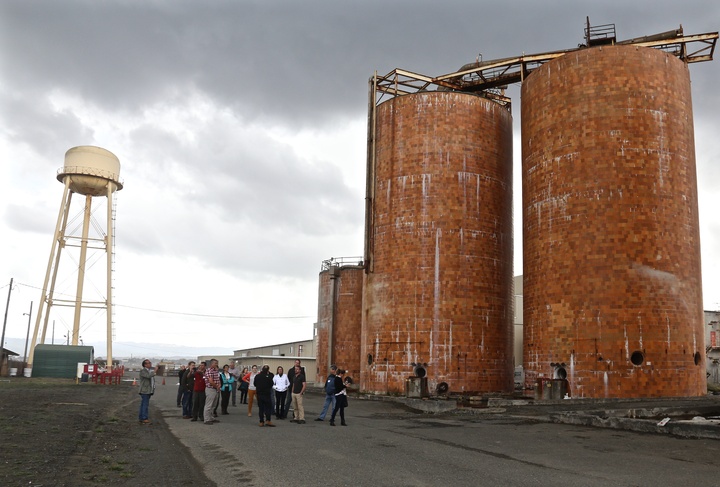 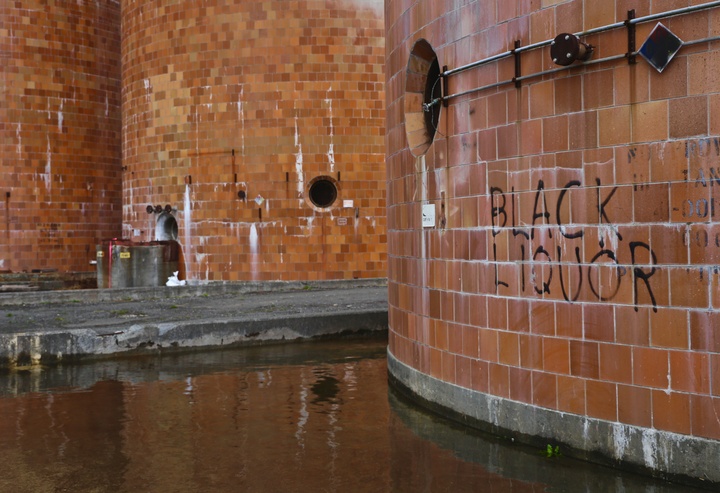 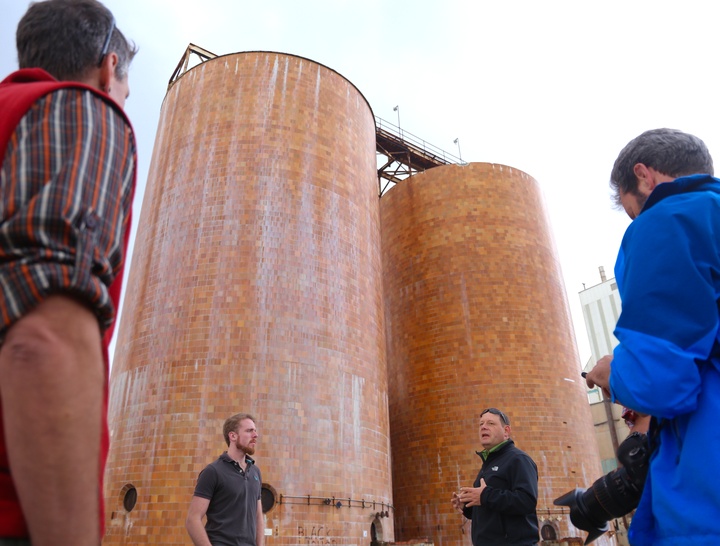 Touring the site is a unique experience, as one is offered the perspective of being able to look back in history, and towards the future. At first, the cavernous rooms and rusty machinery give an erie vibe and its easy to imagine ghosts of workers past.  Then, the open space provides the imagination with endless possibilities for what will occupy it in the coming years. This theme of past and future was common among the speeches of several Harbor Commissioners, State Senator Mike McGuire, Assemblymember Jim Wood, and District Representative for Congressman Jared Huffman, John Driscoll, who had come to offer their congratulations at the grand opening. 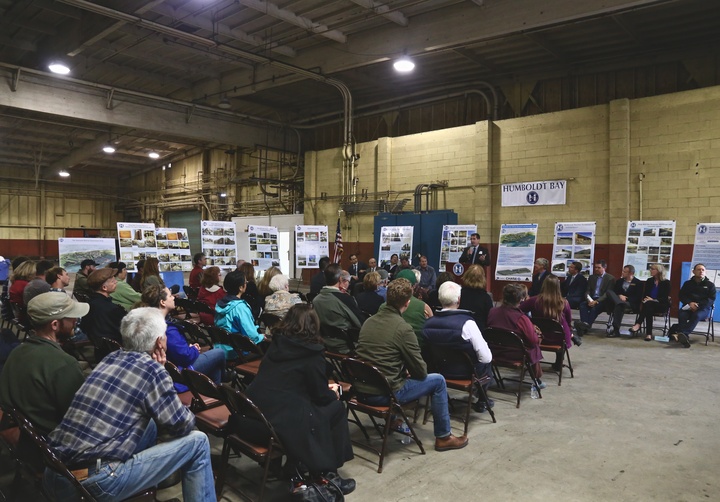 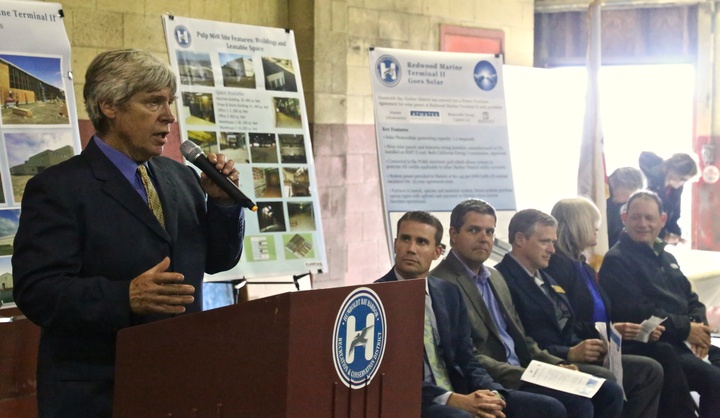 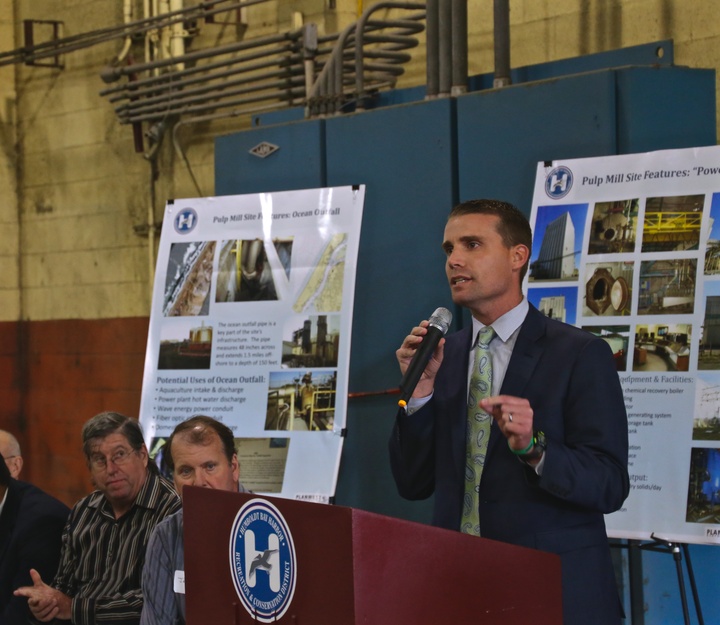 First established in 1964, the Louisiana Pacific Corporation (L-P) and Simpson Paper Company pulp mills were part of the timber industry heyday. In her speech on Friday, County Supervisor Virginia Bass recalled how the success of her family’s restaurant was due to the customers the pulp industry brought in. Harbor Commissioner Richard Marks talked about how he worked at the mills for many years, but was always bothered by the environmental toll they were taking.

While the mills were economically beneficial and provided many jobs, they were also environmentally taxing. Both mills operated by use of the “kraft” bleaching process, which used multiple chlorine compounds and resulted in discharge of 40 million gallons of chlorinated dioxins and other pollutants into the Pacific Ocean per day.

Local surfers and beachgoers complained of filthy smelling water, skin and eye irritation, nausea, and bacterial illnesses. Due to the high concentration of pollutants in the water, the popular surf break known today as “Power Poles,” was formerly referred to as “Carcinogens,” according to local surfer Brian Kang. Samples taken from fish and crab in the nearby water showed traces of the toxic chemicals dioxin and furan. In 1989, community members organized through the Surfrider Foundation and used the Clean Water Act citizens’ lawsuit provision to take legal action against the L-P and Simpson mills. The case quickly gained national recognition and the support of the Environmental Protection Agency.

A settlement was reached in 1991 in which the mills agreed to reduce the toxicity of their effluent discharge, and pay what was then the third largest fine under the Clean Water Act. Following the settlement, Simpson decided to move the operations to Chile, but L-P stayed and became the first mill in North America to produce chlorine-free paper. “Surfrider Foundation’s Humboldt Pulp Mill Clean Water Act victory in 1991 was a landmark win for coastal water quality around the nation. We hope the new project continues to ensure environmental protection for this area and honor the area’s natural resources,” commented Surfrider Legal Director, Angela Howe.

L-P sold the mill in the 1990s and it went through several owners before landing in the hands of Evergreen Pulp in 2005, becoming the first Chinese-owned mill in the U.S. Evergreen Pulp had their own slew of environmental problems which resulted in the 2006 Environmental Protection Information Center and Californians Against Toxics lawsuit over “significant and ongoing violations” of air quality. In response, Evergreen agreed to install air scrubbers, but then suddenly closed the mill in 2008, leaving behind a toxic wasteland.

Enter the mill’s final private owner, Freshwater Tissue Co. Freshwater bought the mill in 2009, and had plans of producing eco-friendly toilet paper. The company received unprecedented environmental and labor support, but was unable to re-start due to lack of funding, and announced its permanent closure in 2010.

It appeared the mill site was destined to become a film set for apocalypse films, and ticking time bomb for bay contamination. Then in 2013, the Humboldt Bay Harbor, Recreation, and Conservation District purchased the 72-acre industrial site for $1. Much of the reason the Harbor District took on the project of cleaning and renovating the site can be attributed to its Executive Director, Jack Crider, who saw an opportunity to do something for the community. In his speech on Friday, Crider explained how he crawled around the roofs of the mill site and took over 500 pictures. Upon showing the pictures to his staff, Commissioner Greg Dale stated sarcastically, “thanks a lot Crider, now we have to do something.”

And do something they have. The Harbor District saw opportunity in the site’s existing assets including; warehouse space, water clarification system, and an ocean outfall line. Their vision: repurpose the site into a National Marine Innovation and Research Park with focus areas in sustainable aquaculture, research, renewable energy, light industry, and functioning waterfront.

Since 2013, the Harbor District has completed Phase 1 and Phase 2 of their four-phase plan to transform the site. Phase 1 removed 3 million gallons of acids and pulping liquors, which were shipped to a pulp mill in Longview, WA for reuse. Phase 2 then removed 30 steel and plastic task and 10,000 tons of caustic sludge. The massive cleanup efforts were made possible with help from many groups including the EPA, Coast Guard, Coast Seafoods, and public and private interest groups. “All groups involved had a shared interest in getting rid of waste that could destroy the bay in one fail swoop,” stated Harbor Commissioner Patrick Higgins in his speech on Friday. “We took a risk and it was scary. But what was scarier was not doing something,” said Harbor Commissioner and County Supervisor-elect Mike Wilson. 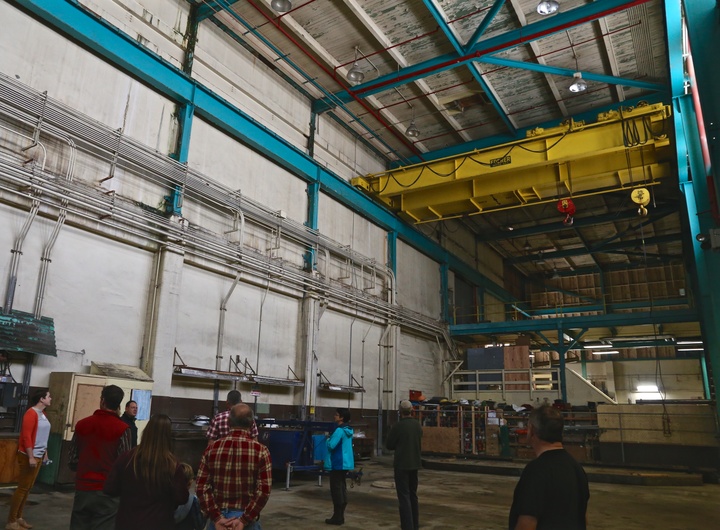 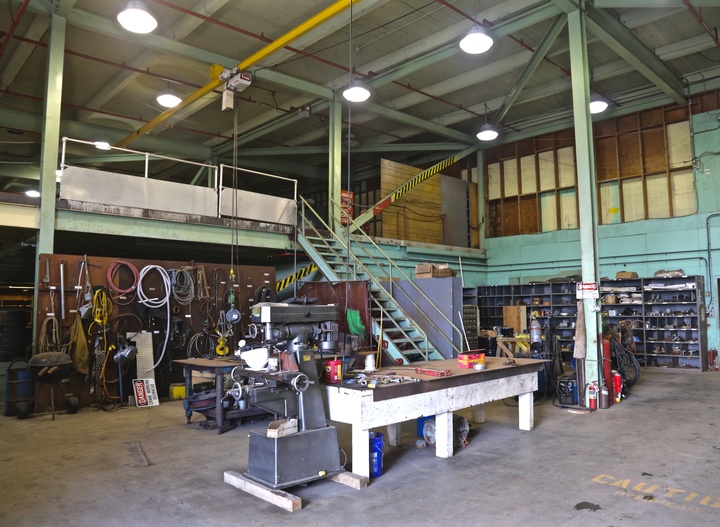 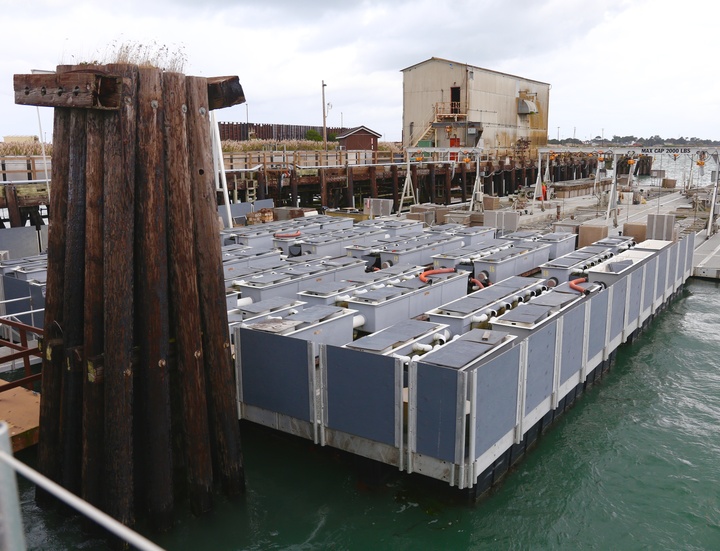 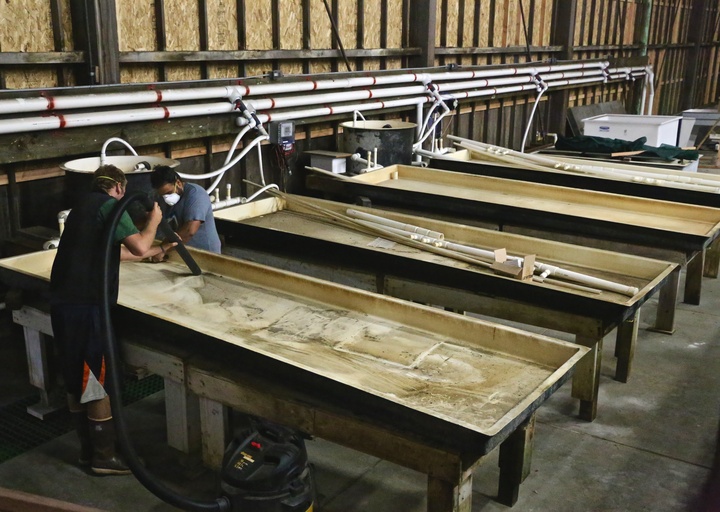 Moving forward, Phase 3 will be the removal of the smokestack and tile tanks, and Phase 4, the cleanup of all 30,000 tons of demolition debris. One new tenant, Taylor Mariculture, has already moved into the space. Mike Wilson is looking forward to having more occupants fill the space. On Friday, he talked about the need to update our Local Coastal Plan to allow for interim use of the land surrounding the bay that historically zoned exclusively for coastal-dependent industrial uses. “There’s no good reason we have all this fallow industrial and commercial land around Humboldt Bay except clinging to the past. We need to stop planning through the rearview mirror,” stated Wilson.

There is much more work to be done, but the grand opening of Redwood Marine Terminal II was reason to take a step back and look at all that has been accomplished so far. “Where there was a threat of environmental calamity, we now have a working waterfront,” stated Senator McGuire in his speech on Friday. Assemblymember Wood also praised everyone involved for taking the site “from an abandoned environmental hazard to a healthy industrial complex that will protect Humboldt Bay and bring in businesses.” The site is still far from the artistic rendition of what the National Marine Research and Innovation Park will look like, but closer to being a positive part of the community than it has been in many years.