« LETTER FROM ISTANBUL: The ‘Killer’ Umbrella Incident (Or, the Story of the Great Metrobus Crash)

“Am I not a man? And is not a man stupid? I’m a man. So I married. Wife, children, house, everything. The full catastrophe.” 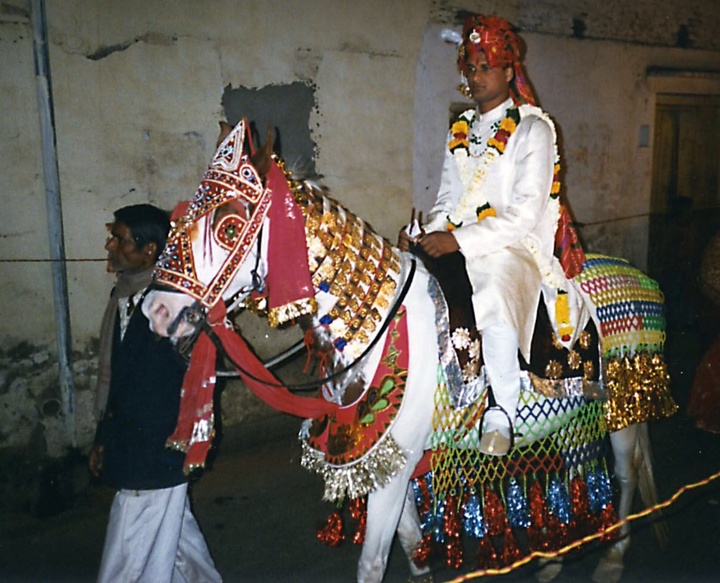 Groom in Udiapur, India, about to meet his wife for the first time. Photo: Barry Evans.

When Louisa and I met in a sensory awareness (aka “touchy-feely”) group yea many moons ago, the idea of online dating was barely a gleam in a coder’s eye. Match.com, the first fully www-compatible dating service, went online in 1995. Today, online dating (both for hook-ups and long-term relationships), is a major force in how we come together.

I was blown away researching the sheer numbers of users of the various services: Worldwide, Match.com now has 22 million members, compared with eHarmony’s 16 million, 30 million each for Chemistry and OkCupid and 25 million on Zoosk. In this country, about 40 million Americans (40% of the singles population) use one or more of these services, spending some $2.4 billion annually. The results speak for themselves. Stanford sociologist Michael Rosenfeld (who is responsible for the accompanying timelines) estimates that 1 in 4 straight couples and 2 in 3 gay couples met online.

Of course, as Rosenfeld points out, once you’re in a relationship with somebody, it doesn’t really matter how you met that other person. 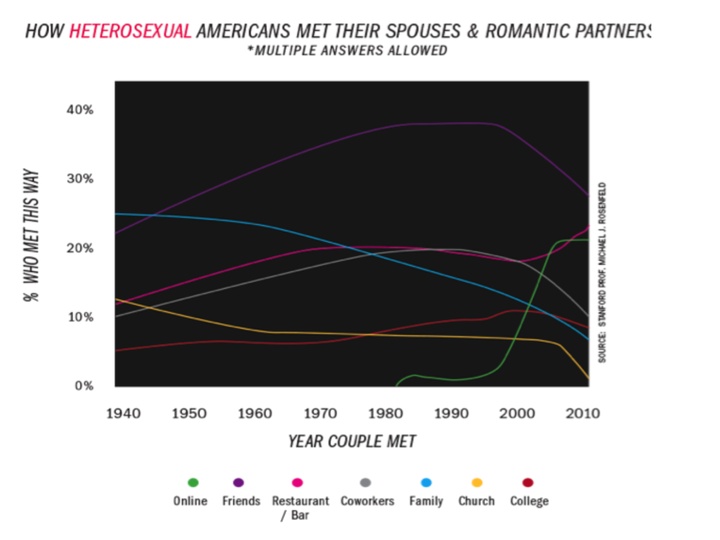 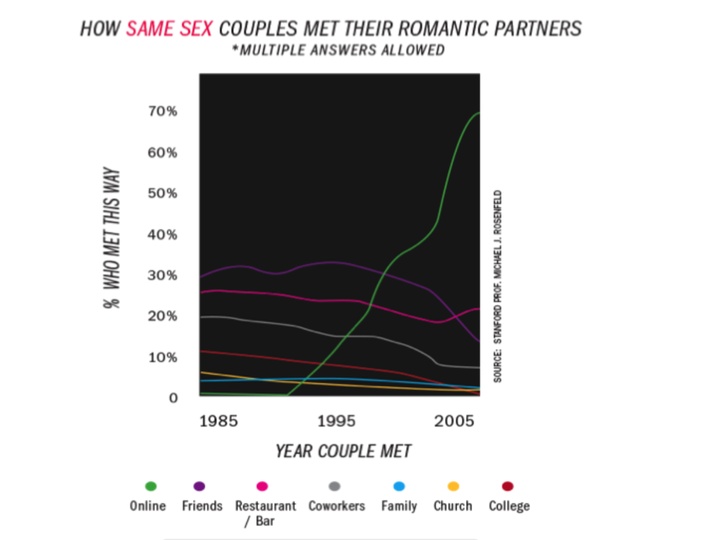 While dating is undergoing a revolution, so is its desired outcome (for most participants), getting hitched. According to the US Census Bureau, in 1970, the median ages for men and women in the U.S. to marry were 23 and 21 years, respectively. Today it’s 29 and 27 — six years later in less than two generations! 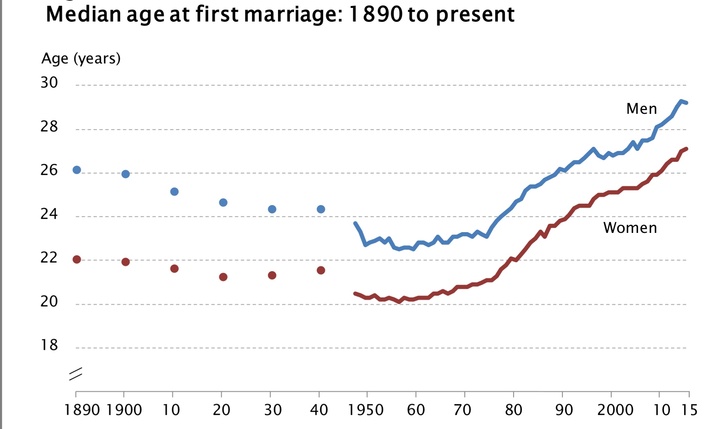 While I’m riffing on dating/marrying (you didn’t think this was actually going anywhere, did you?), I want to tell you about my wake-up call about arranged marriages. (There are statistics on these, too: 1960, 50% of marrianges globally were arranged; now it’s around 15%). We had this sweet Indian couple, both IT professionals, over for dinner — we’d met them at Toastmasters in Palo Alto. Somehow the “how did you meet?” question came up, and they said their parents had arranged their marriage, duh. I expressed curiosity and doubt about that system. “Please don’t judge what you don’t understand. Here in the U.S., about a half of marriages end in divorce. In India, almost none do.”

They went on to explain how it works. Parents get together and discuss who might get along with whom — they’ve known the eligible parties since birth, after all. And the kids trust their parents, and usually go along with their decision. “First marriage, then love.” There was a lot more, of course, but that evening sure changed my WTF? attitude about arranged marriages.

Dating — finding romance — marrying — having kids: our culture is changing, and fast. Over two-thirds of adults were living with a spouse in 1970; today it’s just over one-half. Back then, 2.5 million marriages a year were recorded in the U.S.; now it’s 2.0 million. For better or worse, it’s a brave new world of relationships we’re living in, with consequences far more impactful than politics, religion or money.

I’m hardly the first to notice: it’s all about sex. 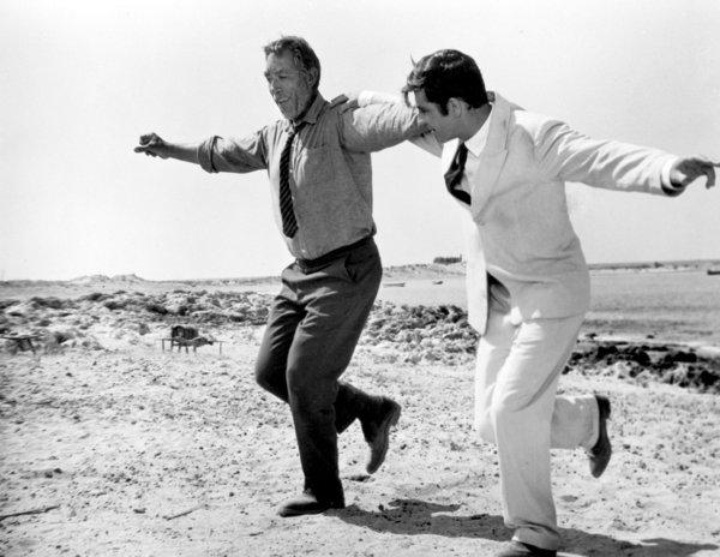