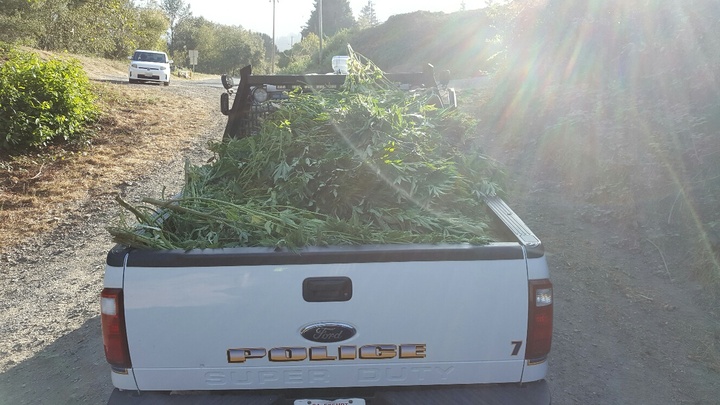 From the Rio Dell Police Department:

During the investigation, officers removed 200 mature marijuana plants. The seized marijuana was taken off‐ site where it was destroyed. The responsible party for the marijuana growing operation has yet to be contacted. A report will be forwarded to the Humboldt County District Attorney’s Office for review. 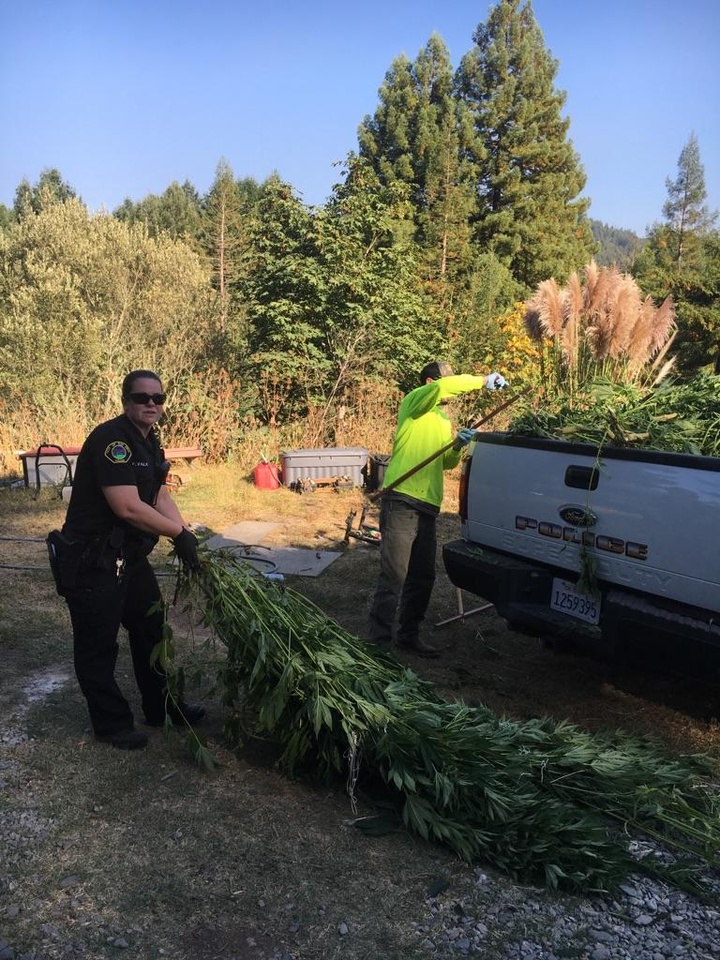 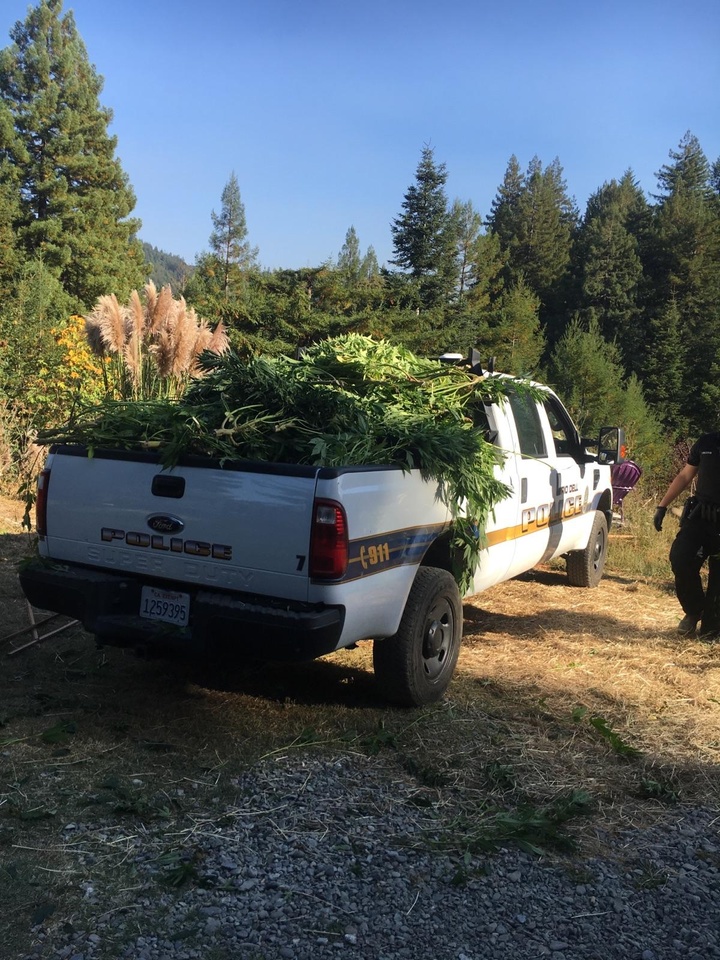 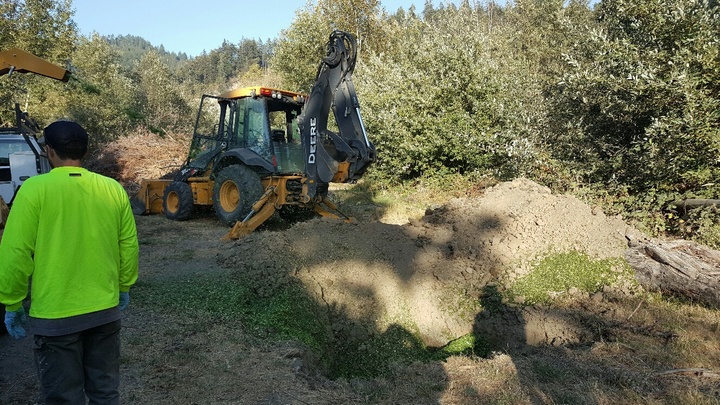