More and More People are Stealing More and More Cars in Humboldt, Says Sheriff’s Office — And Thieves Really Like Hondas and Toyotas! 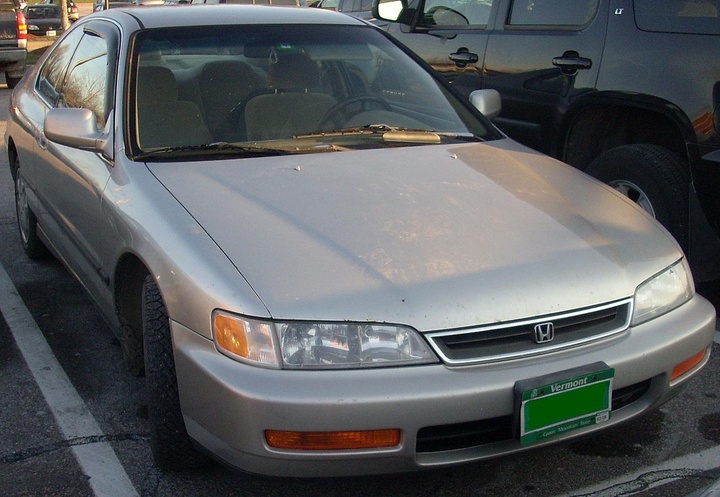 Car thief catnip! A late ‘90s Accord, waiting to be stolen. Photo: Wikimedia.

The Honda Accord continues to rank as the number one vehicle stolen out of Humboldt County, and the Honda Civic and Toyota Camry (and other older Toyota trucks) are ranked at number two and three respectively.  Since 1984, Toyota ranked as the most frequently stolen pick-up truck in the United States.  With high resale value, there is an abundance of Hondas and Toyotas on the road and consumer demand is high.  Additionally, their parts are interchangeable with similar models from year to year.

A significant number of vehicles stolen out of Humboldt County are taken with their very own ignition key.  This is often the result of unsuspecting victims leaving their vehicles running while unattended or leaving a spare key with the vehicle.  Pre-1999 Honda and Toyotas passenger cars, along with Toyota trucks, are being stolen with a similar worn key (or pocket knife or screw driver) due to their worn ignition switches.  A small percentage of vehicles stolen are due to the steering column being broken to the point where the ignition can be started.  Approximately 80% of vehicles stolen out of Humboldt County are recovered, however they are usually stripped of anything valuable.  BEWARE Garage door openers are also stolen at the same time.

The CHP offers the following tips to help combat auto theft in Humboldt County.  If you own a pre-1999 Honda or Toyota or find your ignition switches worn and loose on any vehicle, consider replacing the old ignition switch.  Always remove all property of perceived value from the interior of your vehicle that can be seen from the outside – this includes change in the console.  Remove hidden keys from your vehicle.  Consider adding a motion light in the area where the vehicle is parked at your residence or work place if you work after dark.
Another trend of auto theft is through residential burglaries.  Most of us walk in to our home and hang the key on a rack exposed to those who want to take our vehicles.  Change the location where you store your keys and keep them out of sight. Always lock your vehicle doors, even in your driveway, and take your keys with you.  The more cautious we become, the less likely we are to become victims.