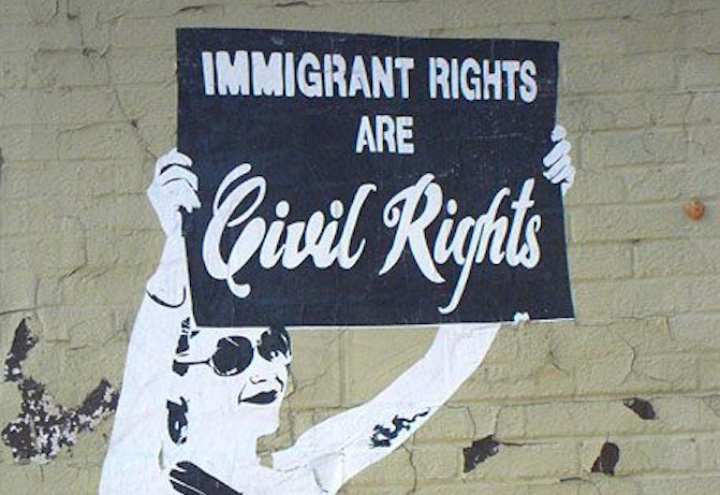 From an image posted on Centro del Pueblo’s Facebook page.

Below is a press release from local Latino group Centro del Pueblo. Please note that while the press release says Monday’s arrests were made by U.S. Immigration Customs and Enforcement (ICE), that agency and the Humboldt County Drug Task Force stated that the arrests were in fact made by task force officers, and ICE agents were present only for translation purposes.

On, Wednesday, February 8, 9 a.m., in front of the Fortuna City Hall, Centro del Pueblo and other community members will hold a press conference to express outrage over ICE presence in Fortuna on or around February 6, and to demand that County law enforcement commit to no-collaboration with ICE operations.

“We’ve spoken to many families in Fortuna who are so terrified to get caught up in ICE raids, they’re afraid to leave their homes,” states Renee Saucedo, Steering Committee member of Centro del Pueblo, a Latino organization conducting advocacy and coordinating immigration legal services for the region’s Latino community. “Humboldt County is under no legal obligation to assist ICE, and local police should not be in the business of tearing families apart.”

“I was able to confirm that a drug task force headed by the County was working with ICE,” states Fernando Paz, also a Steering Committee member of Centro del Pueblo.

“The County must realize that local collaboration with ICE agents causes members of our community to not want to cooperate with local law enforcement.”

The Fortuna raid, which by initial reports, caused at least two persons to be detained by ICE, could signify that, under the Trump Administration, ICE will become more aggressive in its deportation of immigrant community members, including in Humboldt County and the region.

Renee Saucedo says: “We want everyone to know that the Latino community will not remain silent facing raids and deportations. We will stand as a strong community in our region and do everything in our power to stop the deportations.”