A landslide near Honeydew has completely washed away a massive chunk of concrete formerly known as Wilder Ridge Road.

Kym Kemp’s coverage of the slide on February 3, shows photos of the road cracking and bucking in the area. But the road appeared to be mostly intact.

New Video Tweeted out by Humboldt County Surveyor Ronald Garton this afternoon shows that the slide has since washed the stretch of roadway right into a nearby creek.

Humboldt County Public works closed this road prior to the most recent slide.

Check out the road’s current condition in the gnarly footage posted above. 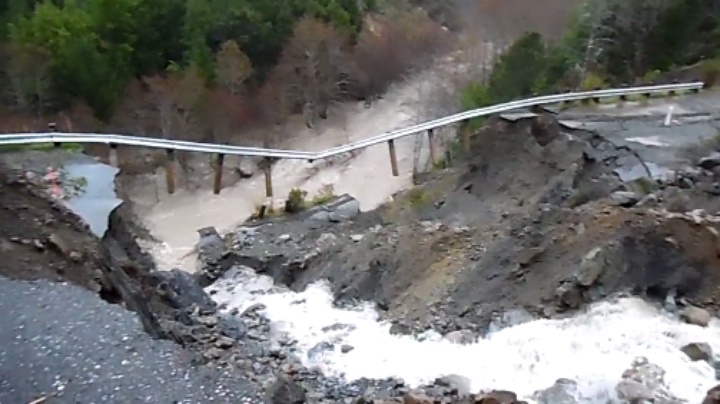