UPDATE, 6:07 p.m.: In a small press conference at the scene, Arcata Fire District Battalion Chief Sean Campbell says that he expects firefighters to be on scene for several more hours. Campbell would not confirm, at this point, that butane cannisters were found at the scene and declined to say whether or not fire investigators suspected a hash lab explosion. However, he said that Humboldt County Drug Task Force would assist in the investigation.

“You can take that where you want it,” Campbell said. “It’s Humboldt County.”

Campbell said they’re still trying to track down the people reported burned in the explosion, who seem to have been taken to the hospital in private vehicles.

UPDATE, 5:47 p.m.: PG&E is on the scene cutting power to the residence, John Ferrara reports. Still waiting for a fire chief to brief reporters.

A home erupted in flames this evening on Manila’s Young Lane, near Ma-le’l Dunes, after explosions were heard inside the structure.

According to the Outpost’s John Ferrara, who is at the scene, the house has burned down to its foundation. Firefighters seem to be mopping up at the moment.

The Humboldt County Sheriff’s Office responded to the incident, along with trucks from the Arcata Fire District, CalFire and Blue Lake Fire, and possibly others.

According to scanner traffic, two burn victims transported themselves to Mad River Community Hospital. Investigators are en route to interview them, if they are able.

One first responder on the scene reported to dispatchers that butane cannisters at the scene of the fire, the usual sign of an illicit hash oil extraction laboratory.

A fire chief should be speaking to media at the scene of the fire shortly. We’ll update when we know more. 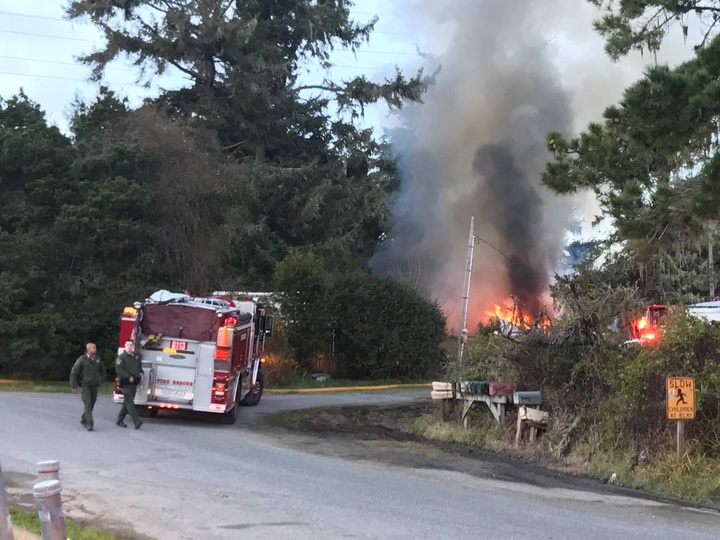 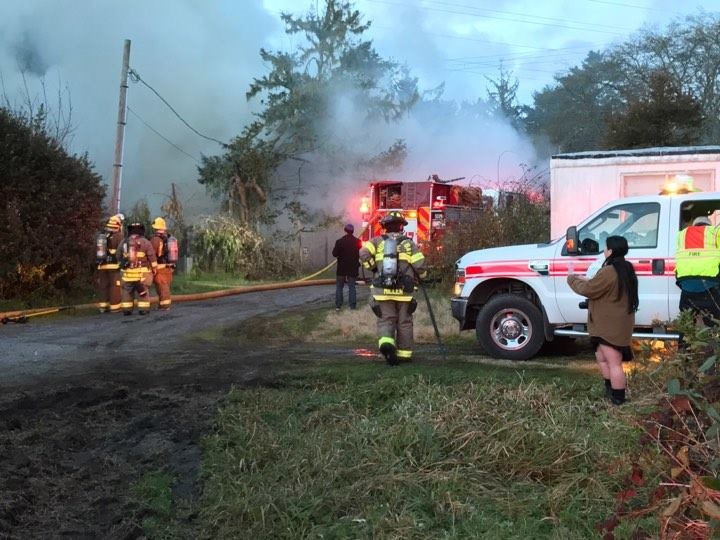 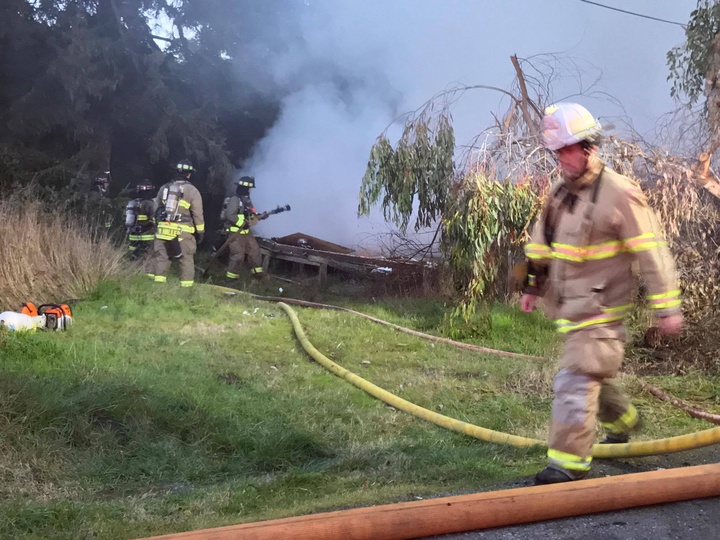 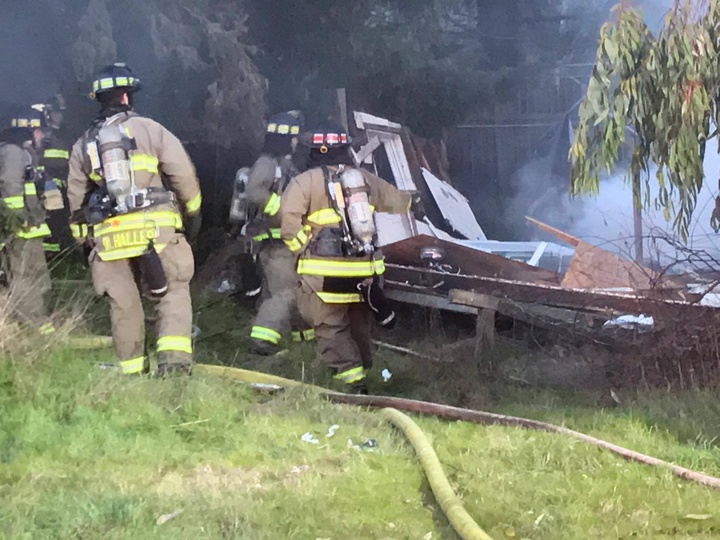 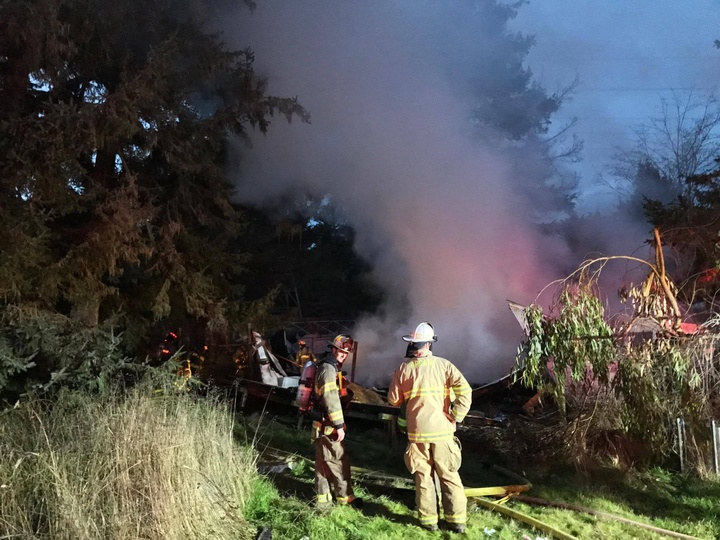 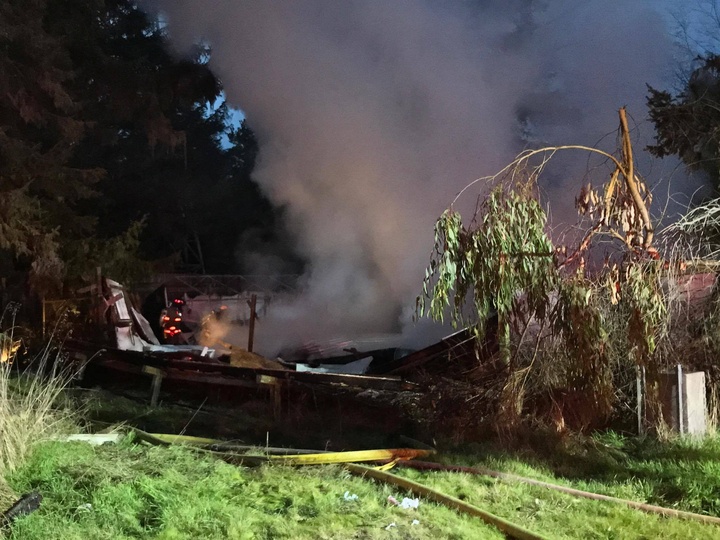 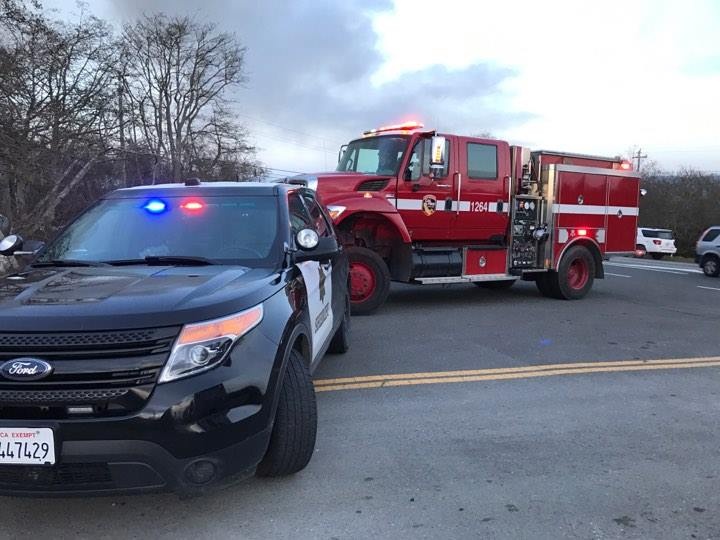 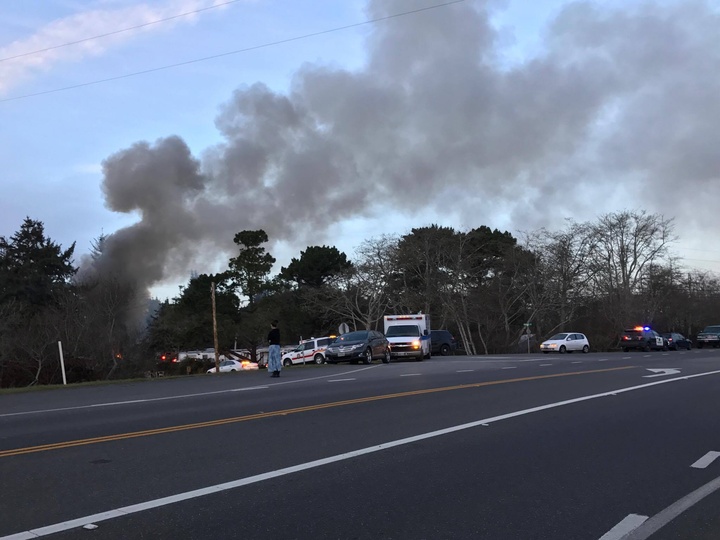 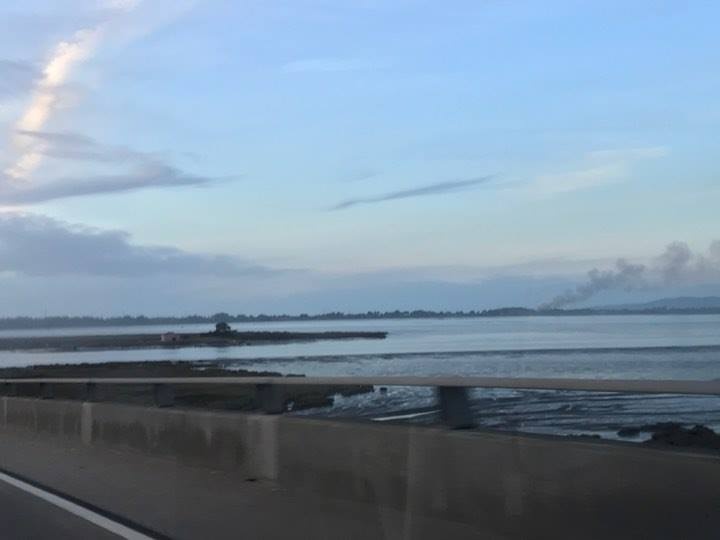