‘People Are Scared’: DA Maggie Fleming on the State of Crime and Punishment in Humboldt County 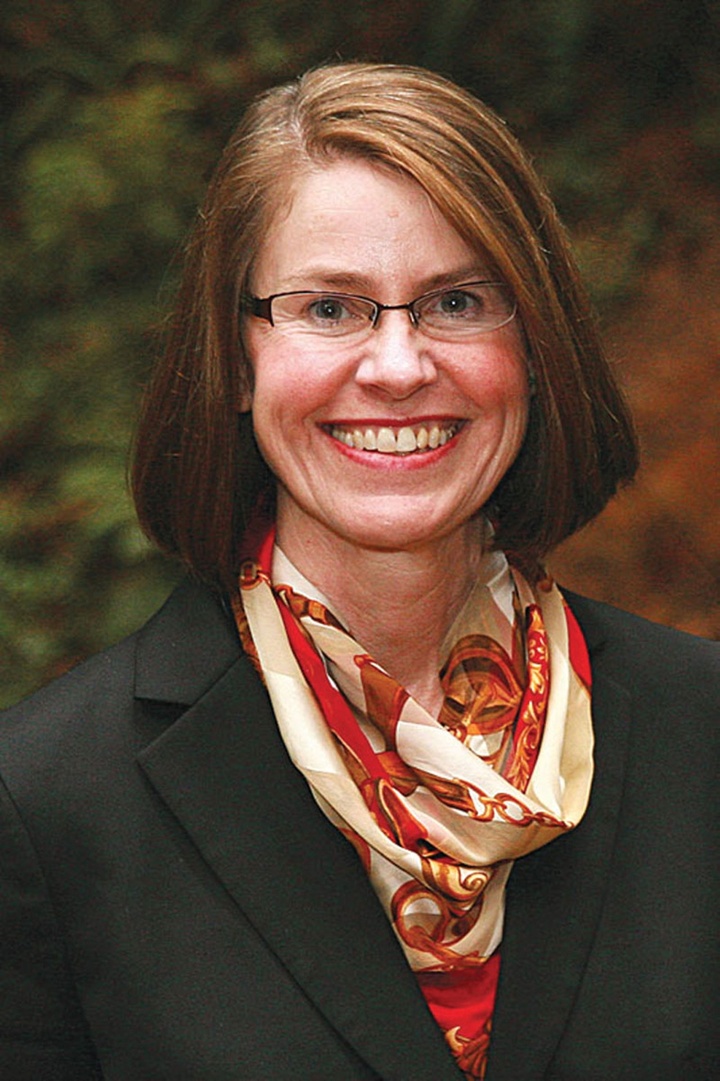 “The fact is that the vast majority of crimes now are occurring during daytime hours when people are at work” and they don’t know what they will come home to, she said.

With burglaries and home invasions a 24-7 phenomenon, residents fear deterrence is failing. They tell Fleming that the blame lies with the major changes to criminal statutes in recent years that have led to shorter sentences and early release.

Anecdotally, the public views these weaker, even indulgent jail terms as insufficient.

“People are scared” that criminals are being released too soon and wreaking havoc as repeat offenders, Fleming quoted citizens as telling her privately.

Fleming asserts these remorseless facts sow contempt for decency and the sanctity of life. “It’s something that we see in the rise of all violence. I do think for some that it’s [connected] to drugs and the attitude that they have towards others, whether it be related to the fact that they’re providing substances for financial gain or because they themselves have issues with substances and act out in order to support that, as in the recent string of robberies we’ve had. I also think that the statewide statutory changes we’ve seen have very negatively impacted our community.”

She cited Prop 47, which converted some felonies to misdemeanors. Grand theft-person is one of them. The law has resulted in shorter periods of custody “and we have a considerable number of individuals who are chronic offenders,” she said. “I know the community is shocked that someone can have four or five probation cases.”

Another factor is AB 109, designed to reduce overcrowding in state prisons. So-called “low-level offenders” serve time in local jails instead of state institutions.

“Our jail population now includes a higher number of offenders who used to go to prison,” Fleming lamented. “The result is that we not only have less room in the jail but it also alters who is in our community’s general population.”

Her office pushes to obtain longer sentences if defendants fail to honor commitments to enter drug treatment or mental health programs. When that happens, “the court has to start imposing other consequences,” the district attorney said.

Fortunately, she added, the Probation Department has agreed in a limited number of instances to supervise misdemeanor cases, to help ensure that defendants follow through with their rehabilitation and recovery.

“Many of our chronic misdemeanor offenders do have issues that are driving their behavior. When they’re in custody, they may do well for two or three weeks,” then renege on treatment when they’re released.

For other criminals who are unrepentant lawbreakers, “we argue for more time in the local jail because we know the day they get out we see them re-offend.”

Another reason Humboldt’s three-year homicide rate is at record levels is highway deaths fueled by drugs and alcohol.

“When you think of our high homicide rate, a number of those are vehicular,” Fleming emphasized. “What we see here are people who drive with very high blood alcohol levels. Many of them [do so] after using prescription medications while [also] using marijuana, heroin and methamphetamine – and think nothing of it!”

Fleming is concerned that local citizens may lack awareness of how rampant the threat is. “We see DUIs all day long in this community and that’s the part I don’t think the public understands. There are people who are drinking or using prescription meds or smoking marijuana or using methamphetamine or heroin and driving at 2 o’clock in the afternoon. Some of our fatalities are in the middle of the day or early evening.”

“I share the public concern about the time it takes to try these serious, violent cases. They should be moving through the courts sooner.”

Her office has four vehicular manslaughter cases pending, including the murder charge in the multi-count McKinleyville hit-and-run earlier this month that killed a 16-year-old-girl.

Commenting at length on the manifold impacts of Humboldt’s pernicious drug culture, Fleming said, “The community is really shocked by [these hit-and-run cases], as it should be.”

She is “more shocked,” she added, by the high number of local traffic accidents in general, far higher than Redding’s, which has a much larger population and sits astride Interstate 5.

Of domestic violence and anger management programs, Fleming said there are not enough openings for those, mostly men, who cannot afford to pay. Optimally, she would like treatment programs to be concurrent with incarceration. Absent that, recidivism rises. She is pressing to move in that direction.

Regarding the consequences of decriminalizing recreational marijuana consumption, Fleming believes the new law will reduce her office’s caseload. But, she said, the “obvious flip side” will be violations that emerge as the permitting process goes forward, resulting in cases arising either from environmental damage or from grows that exceed the county’s guidelines.

Asked if she will run for a second term, Fleming answered instantly, with gusto, “Yes! Absolutely!”

Wrapping up her first two years in office, Fleming is the first woman elected to be the county’s chief law enforcement officer, with almost 61 percent of the vote in 2014. She is full of enthusiasm about her professional future.

“I’m looking forward to it, I’m already thinking ahead,” she said in an interview last week. “I’m going to keep building, working really hard on rapidly developing the attorneys that we’ve hired. It’s a very young office and I spend a lot of time with them. I look forward to how the office is going to progress in the next four to six more years and beyond that, too, I hope.”

“Young office” refers in part to the Measure Z funds that have allowed Fleming to fill positions that had been frozen during the lean years, including three attorneys and a number of victim witness employees. All told, she has hired 11 people.

This growth helps to reduce the lag time to trial, she says.

As Fleming promised in her 2014 election campaign, she has instituted “vertical prosecutions” – criminal justice jargon for assigning the same prosecutor to a case from beginning to end. It strengthens communication and continuity between prosecutors and law enforcement officers, she says. It also allows her staff to stay in regular touch with witnesses and victim survivors as a case moves through the judicial system.

Though Fleming has shrunk the case backlog, she has received numerous cases recently involving co-defendants. They “are particularly time consuming,” she said. “We see significant delays in spite of our efforts to move them along” because it is difficult to coordinate the conflicting schedules of multiple defense attorneys. A case that should take two to three weeks might last two to three months.

“I share the public concern about the time it takes to try these serious, violent cases,” Fleming said. “They should be moving through the courts sooner. The legal objective is always to try all those responsible in one proceeding. It’s partly a matter of judicial economy, but it’s also the right thing to do, in presenting the facts to a jury so that the jury has the whole picture.”

She is optimistic that the case backlog will ease in 2017 with the filling of an open judgeship. “I’m hopeful simply because it has sat vacant for a year,” she said.

Fleming exhorted the public to understand that her office can only prosecute a case with the evidence gathered by law enforcement, evidence that proves to the jury beyond a reasonable doubt that the accused is guilty. Often, she explained, when charges are not brought and a case doesn’t go forward, “the public will respond, ‘Well, I’ve heard’ or ‘So-and-so told me that someone told them’.”

Such hearsay does not meet the burden of proof, which is the strength of the U.S. system, Fleming said.