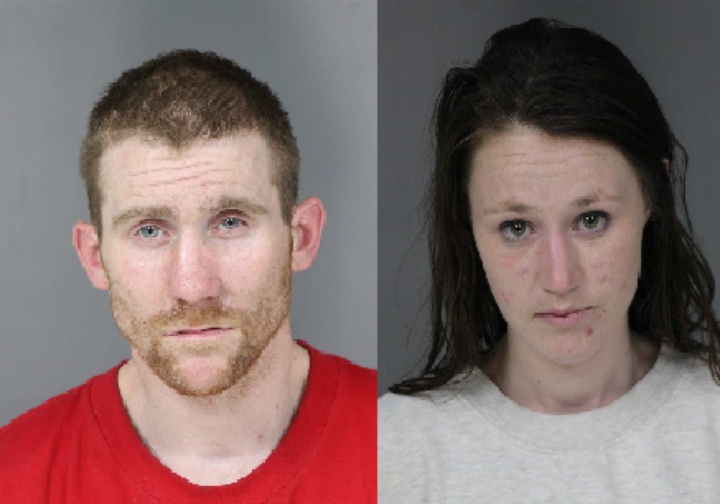 FORTUNA, CA - On March 25, 2017 at approximately 8:00 am, officers responded to a building located on the Fortuna High School Campus (379 12th Street) for a burglary alarm.

Upon arrival, officers determined that entry appeared to have been gained through a roof access. The department K-9 Officer “Nordy” was requested and responded to assist with checking the interior of the large building. No one was located inside at that time.

While investigating, officers recovered property on the school campus which had been stolen during the burglary. At that time, officers were able to identify the suspects as Louis Glenn Lunders (age 27 of Fortuna) and Kaitlin Alexis Tavares (age 22 of Fortuna).

At approximately 11:00 am both Lunders and Tavares were taken into custody in the 600 block of 11th Street.  Both suspects were booked into the Humboldt County Correctional Facility on the following charges: