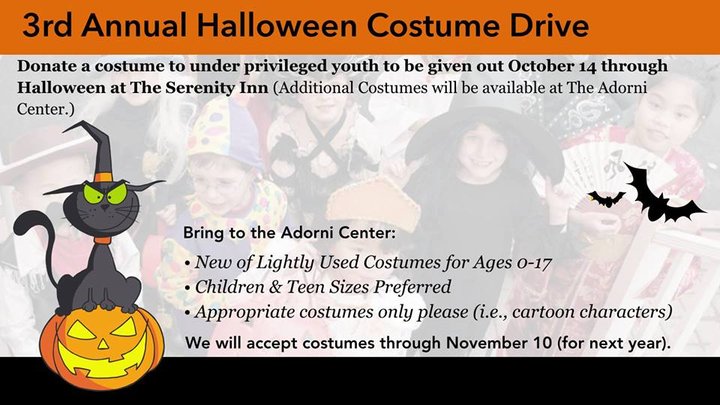 Photos provided by the City of Eureka.

For the last two years, Eureka’s parks department has held a Halloween costume drive to give less fortunate children in the community the opportunity to trick or treat in costumes they could otherwise not afford.

Last year, the drive provided hundreds of local kids with costumes. But project manager Brian S. Millett told the Outpost that there’s a shortage of donations this year.

“We send out vouchers to a long list of social workers, schools, and other agencies that work with at-risk and disadvantaged youth,” Millet told the Outpost via email. “Last year we gave out over 300 costumes … and this year we haven’t even had enough donated to cover the kids at the Serenity Inn costume giveaway this weekend.”

Eureka Parks & Recreation will be accepting new or slightly used costumes between now and Halloween. Costumes for next year will also be accepted until November 10.

All donations must be brought to the Adorni Center along Eureka’s waterfront during normal business hours. Costume sizes for children of all ages will be accepted, but one-size-fits-all costumes are preferred.

Donations will be distributed to the kids at the Alcohol & Drug Care Services Serenity Inn two weeks before Halloween. Any additional costumes will be given away at the Adorni Center.