« GROWING OLD UNGRACEFULLY: Anxiety for All

Brother, Can You Spare Some Kibble? » 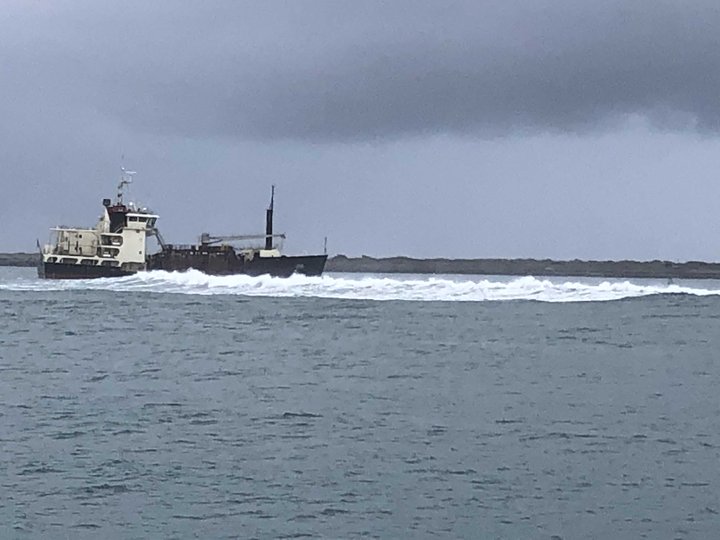 While smaller fishing boats can still navigate the channel, the silt deposits have caused unsafe conditions for larger commercial vessels, like the barges that deliver six million gallons of gasoline, diesel and aviation fuel to Humboldt Bay every nine days.

While the channel is usually dredged once a year during the summer, silt levels are so high, that the Humboldt Bay Harbor, Recreation and Conservation District declared a state of emergency in February, in order to obtain the funding needed to dredge the channel earlier.

U.S. Coast Guard Sector Humboldt Bay Lt. Cmdr. Gabriel Vigil told the Outpost this morning that the dredge will be here clearing the channel for the next few weeks.