The Loggers had their chances against a good Windsor team, but ultimately were unable to come up with the big play when it mattered most, falling 17-14 at Albee Stadium on Friday night.

Lamarie Dunn gave the home team an early lead after breaking free for a 65-yard touchdown run, and Trent Morrow matched that with a 65-yard TD reception from quarterback Trevor Bell in the final minute of the game.

In between, however, mistakes at inopportune times proved costly for the 0-2 Loggers.

“We were inconsistent offensively,” head coach Jason White said. “We turned the ball over a couple of times, and I made a couple of bad calls, and that was definitely a deciding factor.”

The Loggers certainly had their chances.

Trailing 10-7, they put together back-to-back drives deep into Windsor territory in the fourth quarter but came away empty handed on both occasions, throwing an interception at the seven-yard line on the first and turning the ball over on downs on the second.

Defensively, the Loggers made big plays when they had to, and despite giving up plenty of yards they held the visitors to just two touchdowns.

Morrow, Hayden Bode and Tim Yang each had an interception.

Morrow’s late TD, on a fourth-down play, gave his team a shot at an onside kick and a late rally, but the kick sailed out of bounds and the visitors were able to run out the clock.

“We were down 17-7 and our kids came through and got another (touchdown), and we had the opportunity of an onside kick,” White said. “There were a lot of good things, but at the same time we’re obviously still a work in progress.

“We’re just going to keep battling and get better.”

The Loggers will travel to play Foothill next week. 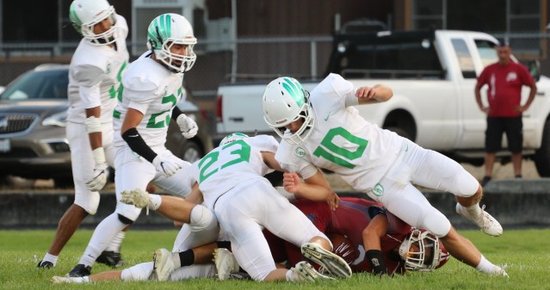 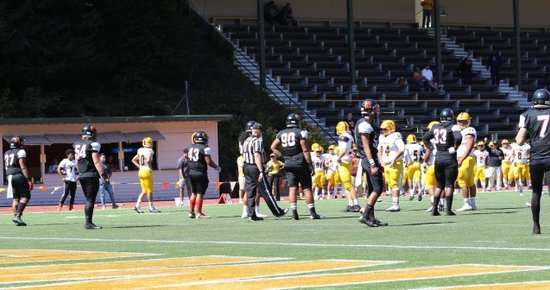