The high school basketball season heats up locally this week, with every North Coast team in action, many of them at a variety of different tournaments.

Both the Fortuna and Arcata girls will play at the Healdsburg tournament, and both will carry plenty of momentum into their openers.

The Huskies are 5-0 after winning the Anderson Tip-Off Classic over the weekend and following that with a 57-18 win over Hoopa on Monday, while the Tigers are 3-1 after going 2-1 at their own round-robin tournament.

Closer to home, the Arcata boys (3-1) will host their own tournament, which tips off on Thursday, with Eureka (2-2), Fortuna (2-1) and McKinleyville (1-2) among the eight-team field.

The Loggers get things started against Montgomery at 4:30 p.m., followed by McKinleyville and Piner at 6, Arcata and Red Bluff at 7:30 and Fortuna and Antioch at 9.

St. Bernard’s will also be in action at the John McMillan Classic in Cloverdale, although the Crusaders will be missing several players still playing football.

They play Credo to open tourney play on Thursday in what will also be their season opener.

Also in boys action, both Ferndale (3-1) and Hoopa (1-5) will play at the Trinity Holiday Classic, which tips off on Friday.

The Wildcats beat Laytonville 41-36 on Tuesday and will open tourney play against Durham.

The South Fork boys (4-4) and girls (4-4), meanwhile, will play at the California School for the Deaf tournament, which tips off on Thursday.

Also in girls action on Thursday, Hoopa plays at Hayfork, while St. Bernard’s (4-1) plays at DeAnza and Ferndale plays Emery.

Also on Thursday, McKinleyville (1-3) tips off the Windsor tournament against the host school, while rounding out a very busy schedule, the Eureka girls (6-1) will look to carry on their impressive start to the season at a tough Lincoln tournament, which they won a year ago, opening against South San Francisco. 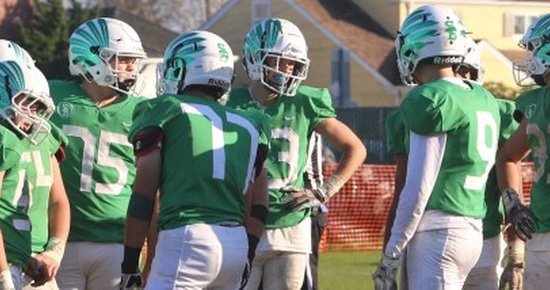