« Eureka Graffiti Rising! Have You Been a Victim? EPD Would Like to Hear From You

The Saint Mary’s Panthers got caught with their hands inside the cookie jar this week, and now it’s time for the NCS to give them an appropriate timeout.

The school lied in its paperwork sent in to the NCS for Sunday’s basketball playoff seedings meetings, listing the girls team as having a .500 record in league play in order to meet one of the minimum criteria for inclusion.

The problem is the Panthers didn’t finish .500 in league play.

They were 4-6, which doesn’t add up to a .500 record no matter what math you might be teaching your students.

The NCS did not realize it at first — which begs some serious questions all on its own — but reportedly looked into the situation after possible misrepresentation was suggested, and the Panthers were then bounced from the bracket.

And it was a disgraceful display of a complete lack of integrity.

The NCS now needs to act appropriately, while also remembering it wasn’t the student athletes who are responsible.

It was the so-called responsible adults at the school.

Here’s how that nonsense affected two schools here on the North Coast.

First, the McKinleyville girls, who worked extremely hard all season, with one of their primary goals to get a home playoff game, the program’s first since 2012.

Because of Saint Mary’s complete lack of integrity, the Mack girls were robbed of that opportunity, including a pair of seniors who would have been playing their final home game on Wednesday night.

The No. 2 seeds in the bracket would have had a well-deserved bye in the opening round had the Albany school not cheated.

They cannot send out the same message to the Saint Mary’s students that Saint Mary’s is sending out to its students, namely that cheating is acceptable behavior.

And they cannot send out the same message to the rest of the NCS schools and students. 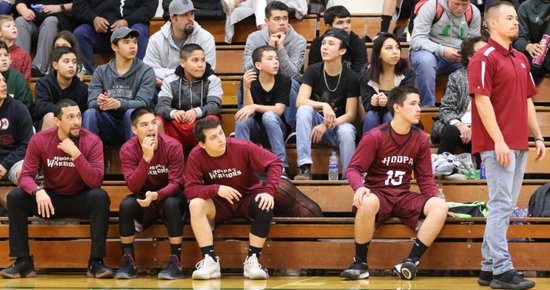