Where to Watch and Listen to the NCS Championship Games » 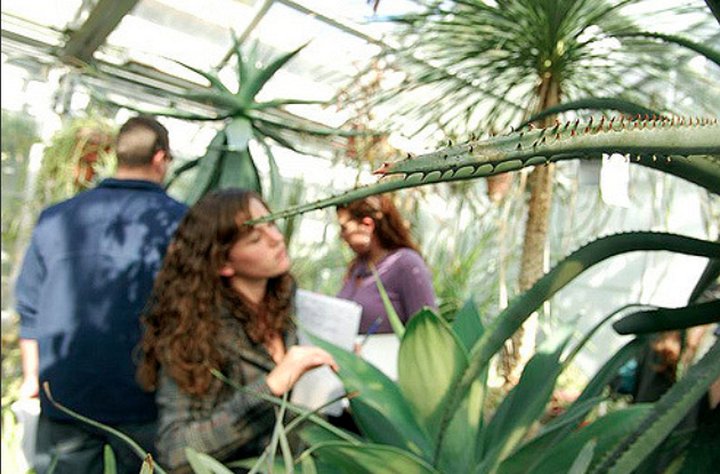 A team of science majors at Humboldt State University placed first in the U.S. and third in North America at a plant identification contest held by the Society for Range Management in Minneapolis earlier this month.

This was the second year in a row that HSU took home national honors, competing against larger schools like Texas A&M.

The contest tested the students’ knowledge and speed, tasking them with identifying 100 plants (mostly grasses) in a limited amount of time. The students were given 50 seconds to name and properly spell each plant’s family, genus, species, origin, and longevity.

“We had a fantastic group that was dedicated and studied hard for this competition,” HSU instructor and team coach Todd Golder said.

Read more from HSU below:

For the second consecutive year, HSU placed first in the nation and third in North America in the annual Plant ID Contest held at the Society for Range Management’s convention at Minneapolis earlier this month.

They were among 156 students representing 24 North American universities, which included programs from large agricultural schools like Texas A&M;. The colleges to beat, however, were two universities that have dominated the competition: Universidad Autónoma Agraria Antonio Narro in Mexico and The University of Alberta in Canada.

“We had a fantastic group that was dedicated and studied hard for this competition,” says team coach Todd Golder (‘00, Rangeland Resource Science), an HSU instructor and former member of the team.

The contest requires knowledge and speed as students faced the tough task of identifying 100 plants, mostly grasses, with only 50 seconds to figure out (and spell correctly) the family/tribe, genus, species, origins, and longevity of each plant.

Golder says the first 50 plants were easily identifiable. From there, things got tough. “The next 25 plants had something unique about them, and the remaining 25 were oddballs, impacted by factors such as overgrazing or brush management or fire. These last ones determine where you’re going to rank.”

He says about 45 percent of the students who competed were able to identify at least 60 plants. “It gives you an idea of the level of knowledge you need to have to pass this test.”

The highest scoring HSU team member was Garcia, a Rangeland Resource Science major who ranked eighth overall. To prepare for the Plant ID Contest, students like Garcia take Rangeland Resource Science 475 (Advanced Study of Range Plants), which is offered every semester and taught by Golder. The class covers plants that range from California coastal areas to the East Coast to Canada and Mexico.