Photos by Ray Hamill/HumboldtSports.com – The Eureka Loggers will host the North Coast Classic on Saturday.

Many of the Humboldt-Del Norte League wrestlers will descend on Eureka High on Saturday for the biggest annual local tournament of the year.

A total of around 25 schools are expected to be on hand for the 22nd North Coast Classic, which will feature three separate tournaments, one for the varsity boys, one for the JVs, and, for the first time, one for the girls.

“A lot of teams are coming to this tournament because we have all three levels,” Eureka girls head coach Cecil Wilson said.

The tournament, which gets under way at 9 a.m., will also feature some quality competition, including perennial powerhouse Elk Grove.

“It’s usually the biggest tournament on the North Coast,” Eureka boys head coach Clint Hunter said. “We draw teams from Oregon, and as far down as Sacramento and the Bay Area.”

The top two contenders in the H-DNL this season, Fortuna and Del Norte, will lead the local contingent at the event.

And the addition of a girls tournament this year shows just how far wrestling has evolved here on the North Coast.

The Huskies are the defending H-DNL champions and have one of the deepest local squads again this year, led by senior Adam Medeiros.

But, according to assistant coach Stephen Stockdale, this is a team with multiple leaders.

“They’re buying into working together and building each other up,” Stockdale said of his wrestlers. “For me, I think they’re all meeting expectations.”

A dual meet at home to Del Norte next Tuesday will be a pivotal one for the Huskies.

In the meantime, Fortuna will take a full complement of grapplers to Eureka on Saturday, with Medeiros their top challenger.

“Adam’s wrestling tough, like everyone else on the team,” Stockdale said. “He shows up every day, he’s working hard, and he’s coachable.”

Another dual athlete, Joey Pontes, who like Medeiros was also a member of the school’s North Coast Section championship team in football, has been impressing on the mats as well.

Del McKenzie, Levi Nyberg, Logan Krause and Andrew Hansen have each also impressed on a Fortuna team of 26, which includes two girls.

Busy schedule on tap for McKinleyville

It’s going to be a busy couple of weeks for the Panthers, with Saturday’s tournament and three dual meets lined up before the end of the month.

And that’s good timing for a group that’s looking to peak with the H-DNL and NCS championships right around the corner.

“At this stage, they should be fine tuning where they’re at and shaping up for the end run,” McKinleyville head coach Virgil Moorehead said of his wrestlers.

Beattie, who will wrestle at York College in Nebraska next year, placed first at the Rogue River tournament last weekend, going 2-0 at 150 pounds.

She should get in a lot more mat time this weekend, with a larger field expected.

Hicks also had a big weekend at Rogue River, placing second at 197 pounds and improving his record to 15-5.

“Skylar’s doing good, so we’re looking forward to the next month for him,” Moorehead.

Dakota AndersonSpirit has also been impressing this season, and took a second place at Rogue River.

The Crusaders had eight wrestlers try out this season, including some basketball players and a couple of girls, but injuries and other commitments have whittled the team down to just one — Lucindo Gable.

A lack of quantity, however, has not translated into a lack of quality, and Gable has been one of the leading grapplers on the North Coast this season.

More impressively, he has done so with less than two years experience on the mats.

The senior has a series of top finishes to his credit this season, including placing second at three separate tournaments, as well as a fifth at Grants Pass.

Gable, a football standout, only began wrestling a year ago, following the advice of his football teammate Garrison Roach, who placed at Sections in 2018.

“I thought wrestling would make me a better football player,” he said.

Gable admits that wrestling in finals still make him nervous, although he’s been appearing in so many of them this year, he added he is getting more used to them.

Gable will wrestle at 220 pounds on Saturday. 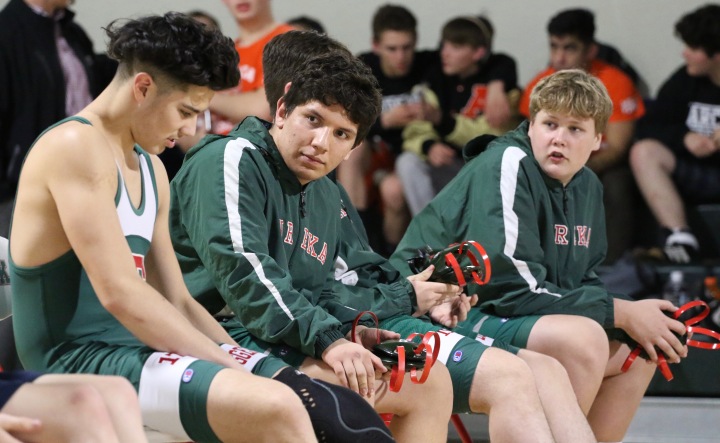 Injuries have hit the Loggers hard, although Hunter is hoping to have more of his wrestlers back on hand within the next couple of weeks.

“We’ve been dealing with a bunch of injuries,” the Eureka head coach said. “It is what it is.”

Skylar Carroll, Ruben Gutierrez and Jeremiah Martin have each impressed early in the dual-meet season for the Loggers, who are hoping for a good showing at their own tournament.

“I’m just kind of hoping they all get in there and compete,” Hunter said. “The tournament is pretty tough in general, and for a bunch of our guys, placing in the top five would be a pretty good accomplishment for them.”

Ryan Sylvia has also been impressing for the Loggers, placing sixth at the recent Anderson tournament at 182 pounds.

Eureka won seven of the eight matches by pin, with Del Norte taking the heavyweight match, also by pin.

Wilson was also impressed with how the Del Norte program has come along, in an area well known for its boys wrestling.

“I expect them to battle back pretty good,” the Eureka coach said. “They have a really good kids club, with over 100 kids.”

The win was the latest achievement in what has been a good season so far for the Eureka girls, who have the most established local girls program.

Last weekend, the Loggers placed sixth in a tournament at Lodi, with just 40 points separating them from the tourney winners in what was a packed field at the top of the leaderboard.

“We competed against a lot of good schools and ended up taking sixth,” Wilson said. “And we didn’t have three weights represented.”

The Loggers will have wrestlers in all 14 weights for the upcoming NCS, and should dominate the first all-girls league championships this season.

Most notably, junior Aracely Rendon has been leading the way on the team, placing second last weekend and defeating the same girl who had beaten her at the big Napa Valley tournament earlier in the month. 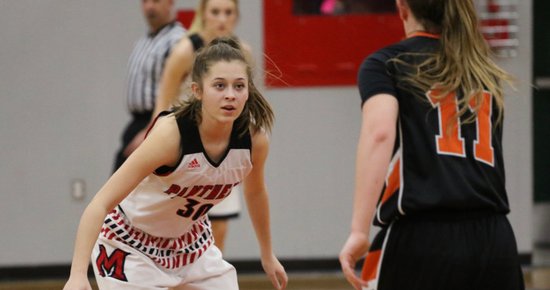