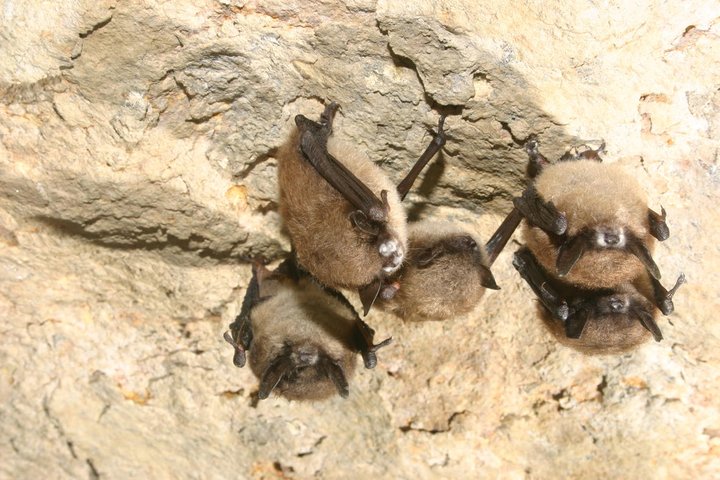 A disease-causing fungus that’s killed more than 6 million North American bats since it was documented in the U.S. in 2005 was recently detected in California for the first time according to the Department of Fish and Wildlife.

Positive spore samples were collected from bats in Plumas County this spring, causing concern that California’s bat populations may also see mass die-offs as a result of White Nose Syndrome — the deadly disease caused by the spreading fungus.

However, Humboldt State University biology professor and local bat expert Joe Szewczak said that White Nose Syndrome is unlikely to have as severe of an effect on North Coast bats due to a number of ecological and geographical reasons.

“We should limit our assumptions based on what has happened in the east and not expect a situation and progression like occurred there,” Szewczak told the Outpost. “That is, we have to remain open, vigilant, and monitor and investigate without preconceived conclusions.”

Unlike the bats that live in colder North American climates, the 13 species of bats found in Humboldt County typically spend a much shorter length of time in hibernation due to the relatively mild winters experienced on the North Coast.

When bats hibernate, Szewczak said, they enter a physiological state known as torpor. While in torpor, a bat’s body temperature can drop to 32 degrees, the perfect temperature for the fungus to take hold.

Once the fungal spore comes in contact with a bat at those temperatures, it can spread into the bat’s internal tissue, irritating the animal and knocking it out of hibernation. From there, they typically succumb to nature’s harsh winter conditions.

“Unfortunately, this consumes valuable caloric reserves, and after too many cycles of this, the bats simply run out of reserves,” Szewczak said. “In regions with a long bout of subfreezing winter, bats have no option to find any insect prey and they starve to death.”

While Szewczak suspects that the fungus will eventually be found Humboldt County, he said the local bats that do come in contact with the fungus will likely be able to brave a Humboldt winter.

“We don’t have a long, hard cold winter in our area,” Szewczak said. “Our bats will go into short bouts of torpor, not having to disappear for the entire winter. We likely have presence of the fungus here, but it’s unlikely that our local bats will progress to the disease stage.”

Szewczak said that if a local bat did contract White Nose Syndrome, it would likely be able to keep an internal body temperature necessary for survival and become fungus-free in the warmer months when the fungus is not able to survive.

However, Szewczak said that local scientists will continue to test for the fungus in bats along the North Coast, and will look for any adverse effects it might have on our local populations.

“We will continue monitoring to detect the fungus,” he said. “Basically what we try to do is sample some of the bats very early in the season at summer roosts. They clear the fungus during the warmth of summer, but when they first come out, we have a few weeks in which the fungus is still detectable. Will will be increasing this monitoring to try to stay on top of the situation.”