Photos by Ray Hamill/HumboldtSports.com – Luis Pimentel in action for CR earlier this year.

Few local pitchers have worked more innings this year than Luis Pimentel, whose hard work is about to pay off.

The Eureka native, who was College of the Redwoods’ workhorse this past spring and has been one of the Humboldt B52s most reliable pitchers this summer, announced on Tuesday that he will be taking his talents to New Mexico Highlands tin the fall.

“He was our main centerpiece on the mound,” Redwoods head coach Brad Morgan said. “I think he was top four in innings pitched in the conference. He didn’t miss a start all year and he came in in relief a couple of times.”

Pimentel, who graduated Eureka High in 2017 and joined the CR program after red-shirting a year at Butte, joins a Highlands team with plenty of local connections.

Morgan played at the school, while current Cowboys head coach Shannon Hunt, who has been in charge for five years, is also a Eureka native.

“We’ve got a good connection with that school,” Morgan said. “(Hunt) reached out and we talked about what his needs were and it seemed like Luis was a perfect fit … He’s a reliable, durable guy.”

Pimentel has been one of the B52s’ most reliable arms this summer.

He certainly was reliable and durable for the Corsairs, overcoming an injury-plagued freshman campaign to lead the team in innings pitched as a sophomore by a remarkable 30-plus innings.

More importantly, Pimentel says he learned a lot from his time at CR.

“I learned to handle adversity,” he said. “A lot of things didn’t go our way at CR, and we learned to battle through that, and that made me stronger as a baseball player.”

Morgan too believes the former Eureka Logger has developed during his time playing at the local community college.

“He’s improved a lot,” the coach said. “He worked on his control, and just being healthy he was able to throw a lot more.”

New Mexico Highlands is a Division-II program that competes in the Rocky Mountain Athletic Conference and was 19-31 this year.

And Pimentel, who intends to major in business, says he is looking forward to the step up in competition.

Pimentel is the second CR baseball player to announce he will be moving on to a four-year school this summer, joining teammate James Garcia who will be playing at Central Methodist University. 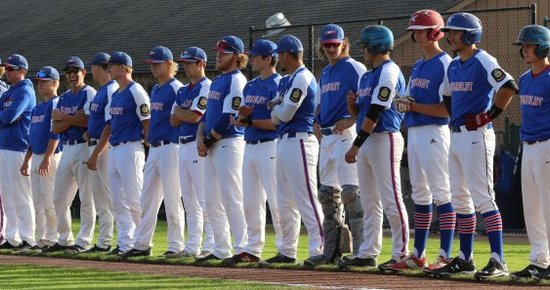