Photos by Mark Gorge – The Northern Humboldt Giants won a pair of elimination games at the American Legion state tournament on Saturday.

On Sunday the Eureka Eagles will play the Northern Humboldt Giants for an American Legion 17U state title in Yountville after a thrilling day for both teams on Saturday.

A battered and bruised Eureka Eagles 17U team continued to set the tone at the four-team tournament with a 6-1 win over Chino, while the Northern Humboldt Giants bounced back from an opening day defeat to keep their championship hopes alive with a pair of elimination game victories.

Including a 9-5 win over Chino in nine innings, one day after falling hard to the same team.

Perhaps the most impressive part of it all was the fact the Eagles players were reportedly cheering in the stands for the Giants in that game, showcasing once again the support local teams in this county have for each other.

The two rivals are now the last two teams standing at the double-elimination tournament, guaranteeing a state title for Humboldt.

They’ll play on Sunday at noon, with the unbeaten Eagles needing just one win for the title.

The Giants, who had to battle back through the losers’ bracket, will need to beat the Eagles twice for the title and will be hoping to force a winner-takes-all showdown for Monday.

It is the third straight weekend the two rivals have played each other for a tournament championship, with the Giants winning the District crown two weeks ago and the Eagles winning the Area tournament last weekend.

Photos by Mark Gorge – The Eureka Eagles in action on Saturday morning.

The Eagles overcame a couple of key injuries to put themselves in the driver’s seat for a state championship.

That, however, wasn’t enough to halt the Eagles’ charge at the tournament, where they are now the last undefeated squad.

The Eagles started fast, taking an early two-run lead, and never looked back.

Lane Thrap dominated on the mound, going the distance and allowing just five hits while striking out four.

Hayden Bode continued his impressive start to the tournament, pacing the Eagles offense with three hits including a triple and a double, while adding an RBI and scoring a run.

Joyner and Ethan Pesch each added a pair of hits, with Joyner also driving in two runs, while Keenan Morris had a double.

The Giants fought off elimination with a big win over the Diamond Cats to open the day, breaking a 2-2 tie with four runs in the bottom of the fifth and then adding three more runs in the sixth to pull away late.

Vincent Agliolo got the win the hill, pitching all seven innings.

Agliolo gave up three earned runs on six hits and three walks, while striking out three.

Cayden Lee led the way at the plate, finishing 3-for-3 with two doubles, while also driving in two runs and scoring twice.

Dean Wellik also had a pair of hits, with Agliolo, Jared Dixon and Jake Reeser rounding out a 12-hit team performance.

The Giants won a second elimination game in extra innings later on Saturday, rallying from an early two-run deficit with four runs in the top of the fifth inning.

Ritter got the win on the mound in relief of Carr, allowing just two hits and two walks in three scoreless innings.

The Giants racked up 13 hits on offense, including two each by Carr, Reeser, Dixon, Alex Gorge and Will Mager.

Gorge, Carr and Mager each had a double, while Reeser drove in three runs and Dixon two. 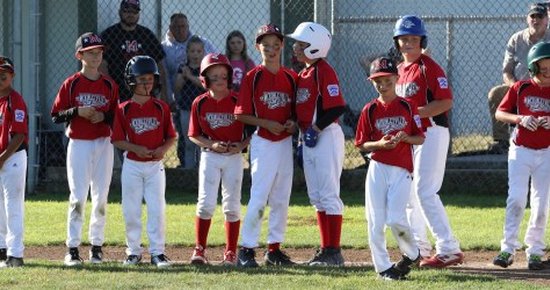 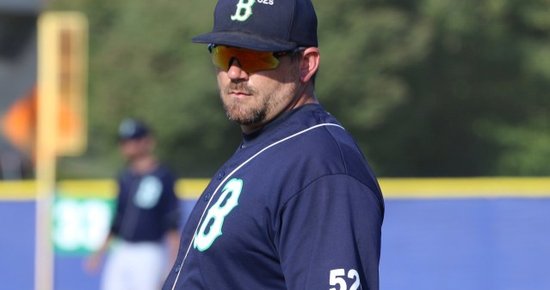