« MEET the ARTISTE: Ben Goulart and the Young Muralist Program are Painting Public Art All Over Town

Crabs Hold to Beat the B52s in Eureka

Photos by Ray Hamill/HumboldtSports.com – The Humboldt Crabs held on for a 6-4 win over the Humboldt B52s on Tuesday night.

The Humboldt Crabs made a rare visit to Eureka on Tuesday night, playing the Humboldt B52s in front of a packed house at Bomber Field and coming away with a 6-4 win.

The Crabs broke a 2-2 deadlock with two runs in the top of the sixth inning and added two more in the ninth, before withstanding a late B52s rally for the win.

Trailing by three heading into the bottom of the ninth inning, the home team scored one run and brought the potential tying run to the plate before Crabs pitcher Steven Ouellette got the final two outs to seal the win.

The in-form Cole Harper provided the offensive highlight of the night with an RBI triple to pull the B52s within one in the bottom of the second inning, before scoring himself moments later on a Matt Mascio sacrifice fly.

Cole Harper slides home to tie the game at 2-2 in the second inning.

Lead-off hitter Eric Smelko led the B52s at the plate, finishing 4-for-5 with a double, while teammate Braeden Holliday was 2-for-2.

Daniel Carrizosa led the Crabs with a pair of hits, including a double, while Damian Henderson also had a double just a few days after setting the Crabs single season record for home runs with a wood bat with his 10th long ball of the summer against the Lincoln Potters over the weekend.

Dylan Johnson drove in a pair of runs for the Crabs, who were out-hit 10-6.

Wyatt Tucker pitched six innings for the win, allowing seven hits and no walks, while striking out four.

Keegan Beebe got the start on the hill for the B52s, allowing two runs on four hits and four walks in five innings, while striking out five.

The two clubs will close out a two-game midweek series at Arcata Ball Park on Wednesday night at 7 p.m. 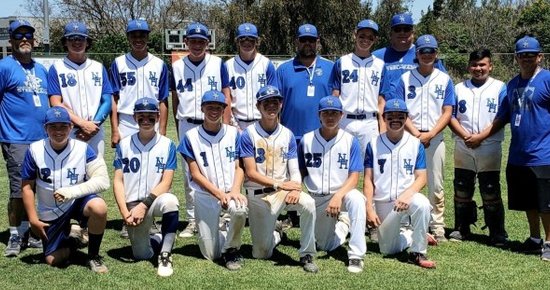