« Just How Damned Hot is It in Humboldt Today?

Parker Rodgers drove in Ben Tehan for the go-ahead run in the bottom of the sixth inning to lead the Humboldt Eagles past the Northern Humboldt Giants by a score of 1-0 in 17U American Legion baseball on Monday.

There was little to separate the two teams for much of what was a hard-fought game, with both starting pitchers in control.

Asher Meadows took the loss for the Giants despite a strong performance on the mound, allowing just the one run on five hits and two walks in a complete game, while striking out five.

Hayden Bode was just as effective on his way to the win, also allowing five hits in six innings, while walking one and striking out eight.

Bode, Duggan, Zac Anderson and Tehan each also had a hit in the win.

For the Giants, Alex Gorge finished with a pair of base hits, while Kaden Ritter, Mason Nichols and Cayden Lee each also had a hit.

The Giants will be back in action on Tuesday evening, hosting the Southern Humboldt 76ers at 5 p.m. 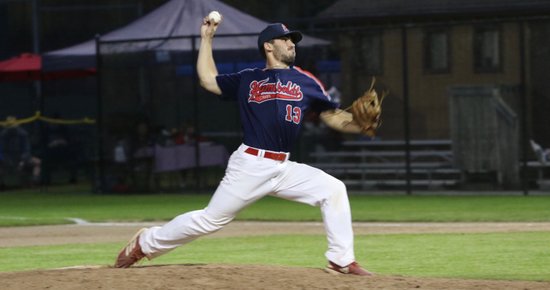