« Vagle, Harper Step Up for B52s in Friday’s Thriller

PASTOR BETHANY: The Influence of Life and Death »

File photo – The Crabs lost to the Seattle Studs on Saturday night.

Both the Humboldt Crabs and Humboldt B52s lost their respective games on Saturday night, the second straight loss for each.

The Crabs fell 2-1 to the Seattle Studs, dropping to 2-5 on the season, and they remain without a home win.

The B52s fell 12-1 to a tough Prune Packers team in Healdsburg.

The B52s managed just two hits on the night, one each from Ethan Fischel and Braeden Holliday, and dropped to 4-3.

The game was closer than the final score would suggest for much of the night, before the home team pulled away with six runs in the bottom of the seventh.

The B52s, who also lost a 12-inning game against the Humboldt Eagles on Friday night, committed five errors against Healdsburg.

The Crabs’ early season struggles continued with their fifth straight loss at the Arcata Ball Park.

It was close though, and the Crabs made for an interesting finish when Kokko Figueiredo doubled in the ninth and scored moments later on a Bryce Kirk single to pull his team within one.

That, however, was as close as the Crabs would come.

The Crabs had just four hits, including a double by Dawson Bacho.

For the second straight weekend, Davonte Butcher had an outstanding night on the mound but got little run support.

Butler, who got the loss, allowed just one hit and four walks in seven scoreless innings and struck out eight.

He has been one of the definite bright spots for the Crabs so far this season.

The Crabs close out a three-game weekend stand with the Studs on Sunday at 12:30 p.m., while the B52s will close out their weekend series at Healdsburg at 11 a.m., also on Sunday. 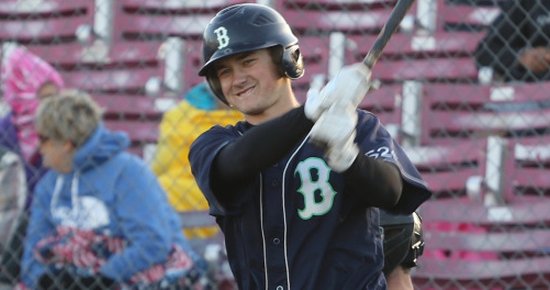 Vagle, Harper Step Up for B52s in Friday’s Thriller