Vagle, Harper Step Up for B52s in Friday’s Thriller

File photo – David Vagle had three base hits for the B52s in Friday night’s loss.

A number of local players stood out for both teams in Friday night’s marathon at Bomber Field, as the Humboldt Eagles 19U knocked off the Humboldt B52s 10-9 in 12 innings.

Cody Emmons finished with a game-high five hits for the Eagles, as he continued his fast start to the American Legion season, while Tommy Gale was 4-for-7 for the B52s with a home run and a double.

Three other B52 players each had three hits, including Eureka senior David Vagle and Del Norte’s Cole Harper, who plays at Butte College.

Eric Smelko, out of St. Mary’s, also finished with three hits in the loss, including a double.

The two teams combined for 33 base hits, as the Eagles rallied from a six-run deficit in the top of the ninth inning to force extra innings and avoid a series sweep against the more experienced B52s. 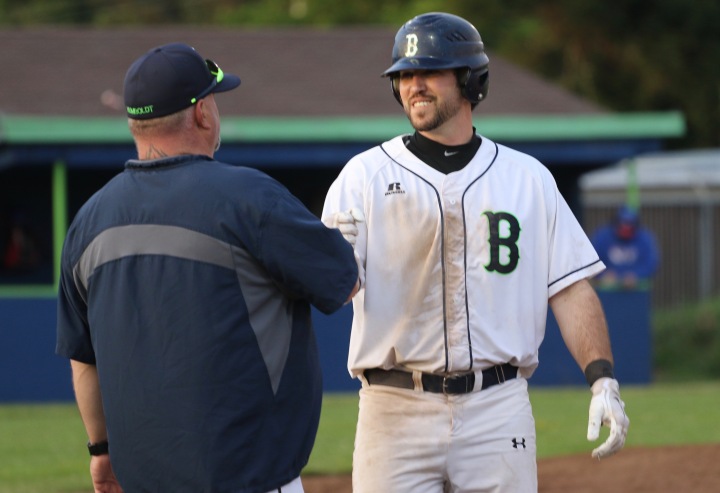 Scott Coffelt got an unlikely appearance on the mound in the 11th inning as Eagles head coach Matt Tomlin was running out of options, and tossed two strong innings for the win.

He also finished with a pair of base hits, including driving in the game-winning run in the top of the 12th.

Gannon Cyphers and Dustin Ireland each also finished with a pair of base hits in the win, as the Eagles improved to 5-2.

The Eagles’ Damien Shelton also had a big RBI triple in the ninth.

Braeden Holliday, who has brought some power to the B52s lineup this season, added a triple, while teammate Cody Banks finished with a pair of hits.

Luis Pimentel got the start on the mound for the B52s, allowing just one run on five hits in six innings, while striking out six.

Antonio Caravalho got the loss in relief.

With the loss, the B52s dropped to 4-2, although they have now won their opening two series of the season.

They will be challenged in a two-game series at the Healdsburg Prune Packers this weekend, with the opening game set for Saturday night. 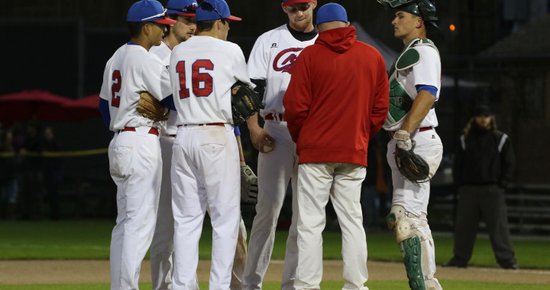