Photos by Ray Hamill/HumboldtSports.com – Fortuna’s Donald Willis was named co-MVP of the Big 5 along with teammate Drew Gillette.

The 2018/19 H-DNL all-league selections in basketball were released on Saturday, honoring the best local players from this season.

No surprises among the MVPs, with Del Norte’s Kaleya Sanchez getting the nod for the girls in the Big 5, and the St. Bernard’s duo of Jasa Sisemore and Emily Gardner named co-MVPs in the Little 4.

For the boys, Fortuna’s Drew Gillette and Donald Willis are co-MVPs in the Big 5, while George Navarro is MVP of the Little 4.

All six seniors are coming off outstanding seasons for their respective teams, and all six helped lead them to conference championships.

Sanchez is the leading scorer in the Del Norte program’s history, and was the catalyst for the Warriors on the way to a first-ever league title.

The Fortuna boys also enjoyed an historic season, with Gillette and Willis each playing a pivotal role.

The Huskies won 30 games and lost just three, the best record for any H-DNL team over the past decade, boys or girls, while reaching a first-ever North Coast Section championship and making it to the second round of the NorCal tournament.

The St. Bernard’s girls went one better, with Gardner and Sisemore helping their team reach a NorCal  Division-V championship game, one week after they clinched an NCS title, Gardner’s third with the team.

Navarro, meanwhile, enjoyed a phenomenal season with Hoopa, leading the Warriors back to the NorCals for the first time since the early 2000s.

For the Big 5 girls, a pair of sophomore sensations, Jadence Clifton and Bella Stone join their teammate Sanchez on the all-league team.

Seniors Makaila Napoleon and Dorshaela Wesson get the nod for Eureka, while McKinleyville’s Rayn Tripp and Cameron Heenan represent the Panthers after a breakthrough season for them.

Fortuna’s Camrin Dolcini, an outstanding all-around athlete, gets the nod for Fortuna, as does Kali Zanotti for Arcata.

For the Big 5 boys, Fortuna’s Zac Claus joins the two MVPs on the all-league squad, while Ethan Price and Omar Banuelos are selected for Del Norte, after a big season for the Warriors.

The McKinleyville duo of AJ Stubbs and Isaac Puzz, who were each key to turning around their team’s fortunes midway through the campaign, are both also included.

Garrett Hall and Hunter Santsche get the nod for Arcata, while Miles Meynell is included from Eureka.

St. Bernard’s Lane Thrap also gets an inclusion after his remarkable season, as does his teammate Justin Hagler, who grew stronger as the season progressed.

Rounding out the Little 4 all-league selections is Ferndale’s Kyler Becksted, who had a big season for the Wildcats in his senior campaign.

For the girls, St. Bernard’s Maddie Costa was also instrumental in her team’s success and is included on the all-league squad, as are Hoopa’s Alexia Jackson and Beyonce Bussell, each of whom also enjoyed stellar campaigns. 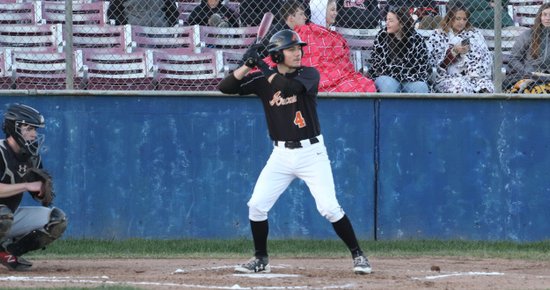 Competition for Places a Good Thing for the Tigers 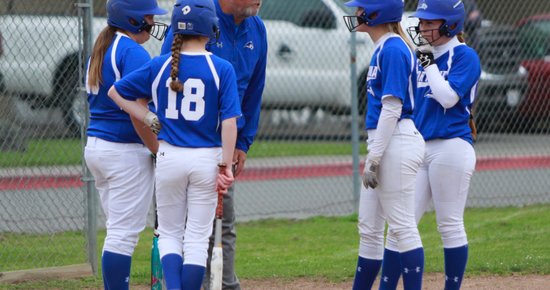