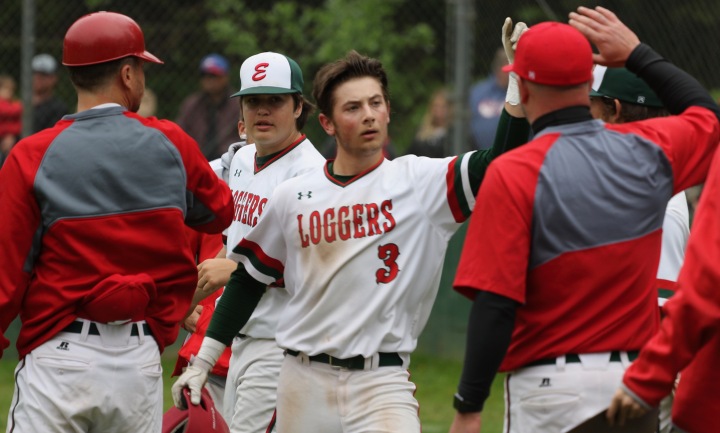 The Eureka Loggers saw their season end in extra innings on Tuesday evening, falling 3-1 at home to San Rafael in the opening round of the North Coast Section Division-III playoffs.

The Loggers were unable to carry the momentum from Friday’s big win over McKinleyville into the NCS opener, and bowed out of the playoffs at the first hurdle for the fourth straight year.

The loss ends a good season for the senior-heavy Eureka team, which battled McKinleyville all the way in the Big 5 and closed out with an overall record of 16-7.

And we haven’t seen the last of many of them.

“It’s a great group of kids,” head coach Eric Giacone said. “So many of these kids are going on to do something, whether it’s baseball or football.”

Tuesday’s game was the second straight to go to extra innings for the No. 7 seed Loggers, who took the early lead on a Drew Nylander base hit but were unable to hold it.

The visitors, who were seeded 10th, tied the game with a run in the sixth and scored twice in the top of the ninth on the way to stealing the win.

David Vagle got the start on the mound for the Loggers, pitching well despite giving up 10 hits, and holding the visitors to just one run through 7.2 innings.

Eureka’s Kalebh Hill talks to some of his teammates during Tuesday’s game.

Hayden Bode, who has been sensational for the Loggers out of the bullpen this season, took the loss in relief of Vagle, who was forced from the game because of his pitch count.

The problem for the Loggers, however, was at the plate, where they managed just six hits.

“Our pitching and defense was great, like it has been over the last three weeks,” Giacone said. “We just weren’t able to get the big hit.”

In their final game for the Loggers, a pair of seniors combined to open the scoring in the bottom of the third.

Brady Munson led off the inning with Eureka’s first base hit of the day, before advancing to second with two outs on a Keenan Morris single.

Nylander then singled to score Munson and give the Loggers the lead.

That, however, was all the offense the Eureka bats could muster, with just three more hits the remainder of the way.

Bode, Jackson Giacone and Zac Anderson each also had a hit for Eureka, including a double by Bode.

San Rafael, which improved to 11-14, advances to play No. 2 Las Lomas this weekend. 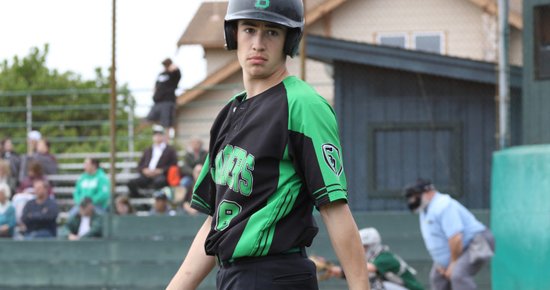