The Crusaders’ lone senior appears determined to go out with a bang this year.

On Tuesday evening, Caleb Ruiz lifted St. Bernard’s to a comfortable 10-0 win in five innings over visiting Sonoma Academy in the opening round of the NCS Division-V baseball playoffs.

Ruiz, who has been the ace of a very strong pitching staff in his final campaign, did not get the start for the No. 2 seeds against the No. 15 Coyotes, but was the difference maker on the other side of the ball, hitting a pair of home runs as the home team took control of the game early.

For good measure, Ruiz ended the game with a walk-off bases-loaded walk for his sixth RBI of the afternoon.

He was’t the only star of the day.

Sophomore Bode Joyner and freshman Nick Dugan combined on the mound for a five-inning no-hitter.

“Bode Joyner came out and set the tone for us on the mound,” Tomlin said. “He came out throwing aggressively and throwing strikes, and really set the tone.”

Ruiz hit home runs in each of the first two innings as the home team ran out to a quick 7-0 lead.

The Crusaders ended the game in the bottom of the fifth after scoring a pair of runs, the first on a Lane Thrap triple, which plated freshman Taholo Vainuku-Johnson, before three straight walks scored Thrap.

Most impressive for the Crusaders, who improved to 17-9, was the offense and the contributions from throughout the lineup, with nine different players getting hits.

“We know how good our pitching is, it’s just a matter of whether we hit,” Tomlin said. “And everybody came out hitting today.”

Hunter Davis also had two hits for the Crusaders, while Joyner had a double.

The Crusaders will now host No. 7 Branson at 5 p.m. on Friday.

Ruiz will start on the mound for SB. 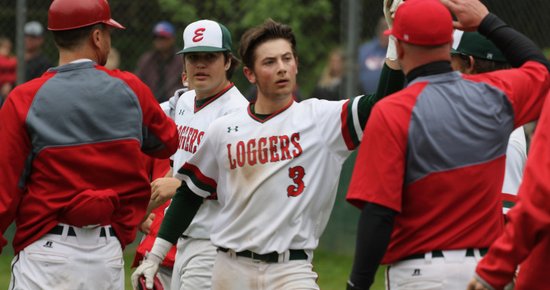