Local baseball standout Kokko Figueiredo is one of several former Corsairs who have enjoyed big seasons at four-year schools this spring, and he’s not done yet.

This weekend Figueiredo is scheduled to play in the NCAA Division-II regional tournament with Cal State Monterey Bay, where he has had an immediate impact in his junior year.

Earlier this week, Figueiredo was named as an all-conference honorable mention, after helping the Otters to an overall record of 35-21.

The former Fortuna High star, who also played for the Humboldt Crabs last summer, batted .324 with three home runs and 31 RBIs for the Otters.

His 14 doubles was second best on the team.

Figueiredo is expected back with the Crabs this summer.

Figueiredo wasn’t the only former CR star to be honored this week, with his Corsairs teammate, Dylan Campbell, also getting an all-conference honorable mention after a big junior season at Mount Mercy University in Iowa.

Campbell, who graduated McKinleyville High in 2016 and also played for the Crabs last summer, dominated on the hill for the Mustangs, getting stronger as the season wore on.

He struck out 61 and walked 31 in 77.2 innings, and played a big part in his team’s playoff run, pitching a complete-game four hitter to reach the NAIA regional championship game, where the Mustangs fell just short in their bid for a NAIA World Series appearance.

Campbell’s Mustangs teammate, Kobi Candarama, is another former CR player who has enjoyed two good seasons with the Iowa school.

This spring, the Hawaii native hit .282 with 12 doubles, three home runs and a triple.

Becker, a senior, has made 10 appearances out of the bullpen for the Warriors this spring, and has been lights out, posting a team-best ERA of 2.38.

Catcher Hunter Jury also has had an immediate impact at the next level after moving on from CR, starring this spring for Bellevue University, an NAIA school in Nebraska.

Jury was named all-conference second team for the Bruins after batting .269 with three home runs and 21 RBIs in 36 games.

The 46-14 Bruins also will be competing at next week’s NAIA World Series.

And rounding out an impressive showing this spring for former CR players, Union College senior Jake Mendoza closed out his career with the Bulldogs this season.

Mendoza, a Hawaii native, had a stellar junior campaign with the Kentucky NAIA school, batting .316, but a broken bone in his hand curtailed his senior season.

The Bulldogs finished the season 27-25 and lost in the playoffs earlier this week. 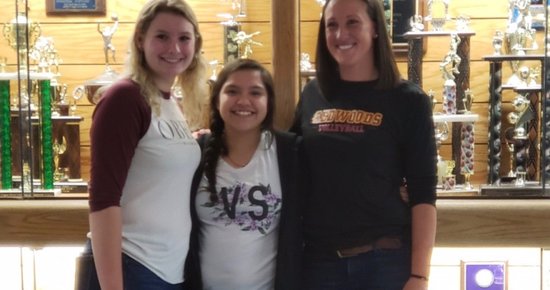