Eureka Seniors Go Out With a Bang, Prepare for Bigger Things

File photo – Karyn Jensen is one of five Eureka seniors who will play in college next year.

If local high school programs are judged by more than just their wins and losses — as they should be — then few are more successful than the Eureka Loggers in softball.

Under the direction of co-head coaches Katelyn Graeser and Sarah Fox, this is a program that preaches a positive attitude no matter what the circumstances, and one that emphasizes the life lessons every bit as much as the game itself.

Just as impressive, and epitomizing that philosophy, this year’s team is sending all five seniors on to play at the collegiate level, a remarkable matriculation statistic by any standard.

The quartet of Karyn Jensen, Raime Young, Briana Graham and Sadie Wilkinson will take their softball skills to College of the Redwoods, while the all-around talented Makaila Napoleon, who has played 11 varsity sports season at Eureka, will play basketball at Oregon Tech.

Earlier this week, the five Eureka stars all closed out their high school playing careers as the Loggers bowed out of the Division-III North Coast Section playoffs.

And most of the seniors went down battling.

Napoleon led the way at the plate in her final game, finishing 2-for-3 with a pair of stolen bases, while Jensen and Young each had a hit and Hampton a stolen base.

With the loss, the Loggers close out with a record of 20-7, their first 20-win season in at least a decade.

They also posted their first NCS win in five years.

The five seniors moving on, however, doesn’t mean the cupboard is bare, with three underclassmen also making some noise in the loss.

Sophomore pitcher Alexa Morehouse enjoyed a standout season and played a pivotal role in helping the Loggers to a second-place finish in the Big 5.

Morehouse took the loss in Alameda, allowing just four earned runs in a complete game, while striking out 10.

At the plate, fellow sophomore Salina Socha-Wright hit a triple and drove in her team’s only run of the day, while freshman Payton Goodman displayed her speed on the bases with a stolen base. 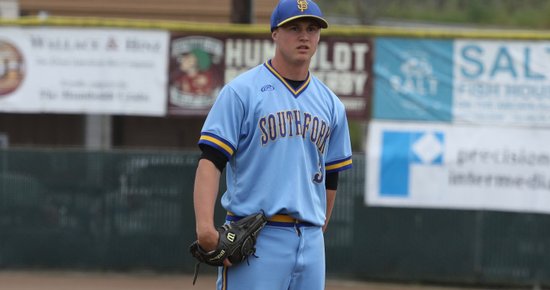 Van Meter Leads the Way as Cubs Close in on History