Van Meter Leads the Way as Cubs Close in on History

File photo – C.J. Van Meter and the South Fork Cubs will play for a second straight NCS championship on Saturday.

On Wednesday, Van Meter was instrumental in the Cubs’ 7-1 win over San Francisco Waldorf in the North Coast Section Division-VI semifinals, leading his team to a second straight championship game.

The senior not only pitched five hitless innings for the win, but also kickstarted the offense with a first-inning home run, as the No. 1 seed Cubs set the tone early and rarely looked in danger of elimination.

And head coach Corky Coffelt will be hoping for more of the same in Saturday’s decider against No. 2 Credo in Miranda.

The Cubs have enjoyed some spectacular pitching and have played tough defense for much of the season, but offensively they haven’t always performed.

They’ll go into Saturday’s championship with some momentum, however, after hitting the ball well against the San Francisco school.

“I had two guys who didn’t have a hit, so I think we’re where we need to be,” Coffelt said of the NCS semifinal. “We just need to focus in and play like it’s a championship game, and if we can get out on them early, we’ve got to keep them at bay.”

The Cubs have plenty of championship experience, having defeated San Francisco Waldorf in the title game in Miranda a year ago.

And they’re not alone.

On what could be a historic day for the school, the South Fork softball team will also play for a second straight NCS championship on Saturday.

St. Bernard’s (2009 and ’11), Ferndale (’03) and Hoopa (1979) have all claimed an NCS baseball and softball double in the same year before, but the Cubs will look to make history by becoming the first school to do it in back-to-back years.

Van Meter will be key to achieving that.

The senior pitcher will get the start on the mound again, with Cooper Scott expected to close out for the second straight game.

Two other seniors — first baseman Orin Paula and catcher Cody Wyatt — will also be playing their final games for the Cubs and hoping to close out with a second championship.

Wyatt has been a pivotal presence behind the plate during his time at South Fork.

Scott was 1-for-3 in Wednesday’s win, while Tanner Curran was 2-for-4.

Saturday’s baseball championship is scheduled for 1 p.m., with the softball showdown at 2 p.m. 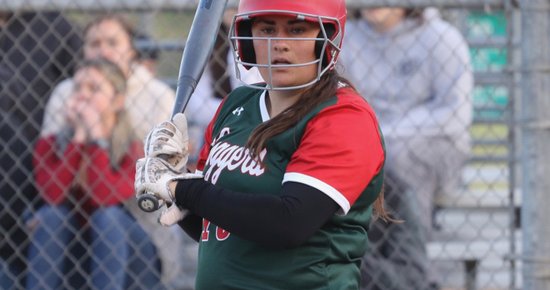 Eureka Seniors Go Out With a Bang, Prepare for Bigger Things