« (UPDATE) If You See a Truck With a ‘POPAREX’ License Plate, That’s Rex Bohn’s Stolen Rig

The South Fork Cubs said farewell to four seniors and a talented underclassman in bittersweet circumstances on Saturday, as a team for the ages fell 8-3 to Credo in the NCS Division-VI championship game.

The No. 1 seeds and defending section champions saw their chances of repeating disappear with some sloppy defense and a lack of hitting, as the No. 2 seeds came to town and spoiled the party.

There was little to separate the two teams early on, but the visitors began to pull away late, scoring four times in the sixth and pulling out to a 7-1 advantage.

“We started out really good, we just made a few too many mistakes in the field and never recovered from it,” South Fork head coach Corky Coffelt said.

Cubs catcher Cody Wyatt tags out a runner at home plate on Saturday.

The loss, however, doesn’t take from what has been a great spring for the Cubs, nor from what this group of four talented seniors brought to the program and to South Fork sports across the board.

Those seniors include C.J. Van Meter, Cody Wyatt, Cooper Scott and Orin Paula, each of whom played a major role this season and on last year’s NCS winning team.

That baseball section championship is one of only two ever at the school.

South Fork third baseman Kaydon Pogue jumps in an attempt to grab the ball on a high throw.

Van Meter got the start on the mound on Saturday, but was limited to five innings after also pitching against San Francisco Waldorf in Wednesday’s semifinal.

He held the visitors at bay for much of the game, while also finishing with a pair of hits at the plate and driving in all three of his team’s runs.

The multi-sport star closed out his final competitive game in style, with a two-RBI double in his final at-bat in the bottom of the seventh inning.

Wyatt also has been pivotal behind the plate for the Cubs for the past four years, while Scott was one of the team’s inspirational leaders at shortstop and a nightmare for opposing teams running the bases.

“My starting shortstop, my ace pitcher, my starting catcher and my starting first baseman, it’s gonna be hard to replace them,” Coffelt said.

The head coach will also lose talented sophomore and multi-sport star Graham McConnell, who is moving out of the area.

Scott will be attending Chapman College where he hopes to continue his playing career, likewise with Wyatt who is moving on to Sonoma State.

Scott, who pitched the final two innings of Saturday’s loss, also closed out strong with a pair of hits, while McConnell and Tanner Curran rounded out a six-hit day for the team.

“We didn’t have a great day at the plate,” the head coach said. 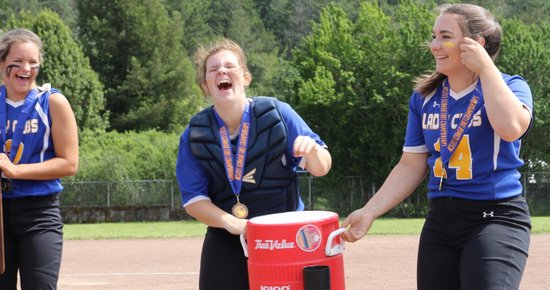 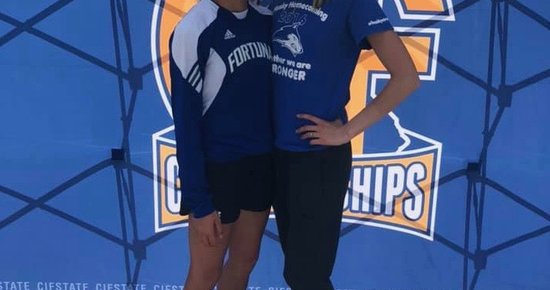