MONDAYS WITH MICHAELE: Ain’t No Party Like a Westside Party! » 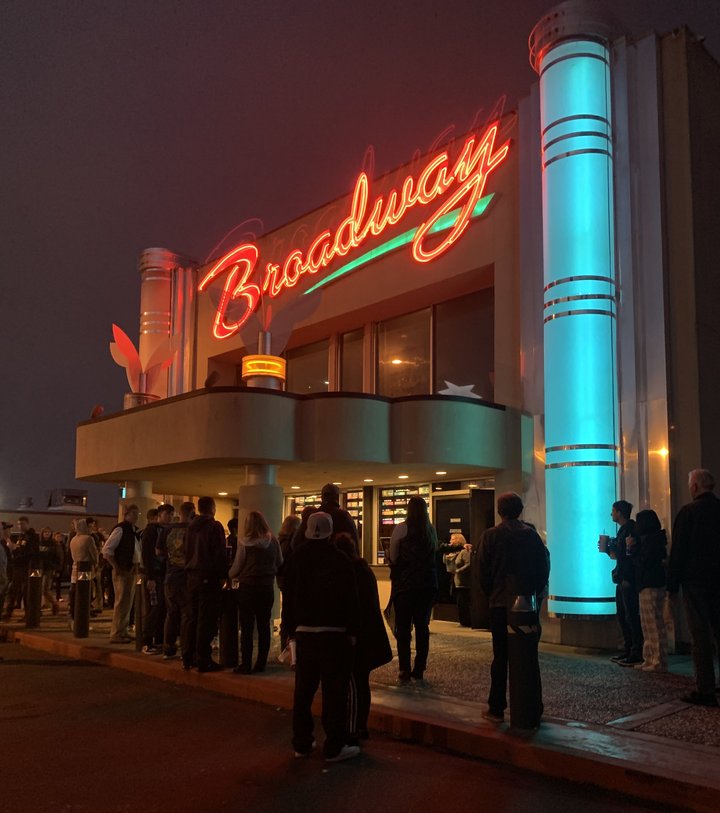 Photo of the evacuation taken by Outpost reader Lew Buckner.

The reported gas leak that caused dozens of unhappy moviegoers to evacuate Broadway Cinema in Eureka last night turned out to be a false alarm.

Humboldt Bay Fire Battalion Chief Tim Citro told the Outpost this morning that someone mistook the smell of a nearby car for natural gas.

“There was an odor in the area that was determined to be coming from a car parked next to the gas meter,” Citro said.

PG&E was dispatched to the scene last night and confirmed that the gas meter was undamaged.

Multiple readers have informed the Outpost that Eureka’s Broadway Cinema was evacuated minutes ago.

One moviegoer who was attending a screening of “Ford v Ferrari” said that theater employees told the audience they were being evacuated due to a “building malfunction.”

Outpost reporter Ryan Burns is on scene and confirmed with employees moments ago that the building was evacuated due to a gas leak.

PG&E workers have been called to the scene and are expected to arrive in 30 minutes.