The H-DNL did itself proud once again in football this weekend.

It’s been a good few years for the North Coast teams and that doesn’t appear to be slowing down at all, with four of the six local teams involved winning their playoff openers and the other two giving the top seeds in their brackets about as much as they could handle for much of their games.

Del Norte, St. Bernard’s and Ferndale each won their home games in a rout, and as No. 2 seeds each will host again next weekend with a place in an NCS championship game on the line.

In all three of their brackets, the top four seeds advanced through this weekend’s quarterfinal round.

All three games are expected to be a lot tougher than each team’s first-round routs.

South Fork, a three seed, also won in the eight-person football bracket, shutting out Laytonville 34-0 to carry some momentum into next weekend’s road semifinal showdown at No. 2 Branson.

All four local teams will play next Saturday, with St. Bernard’s and Ferndale each hosting in the afternoon at 1 p.m., and Del Norte and South Fork playing under the lights at 7 p.m.

Check out our video highlights from Saturday afternoon’s games, an eight-yard Nico Alejandre TD run for Ferndale, and a 15-yard touchdown pass from St. Bernard’s quarterback Will Omey to receiver Lane Thrap, one of three the two connected on against Ygnacio Valley.

Also in action this weekend, Fortuna fell 35-24 at Encinal and Arcata lost 35-6 at Kennedy. 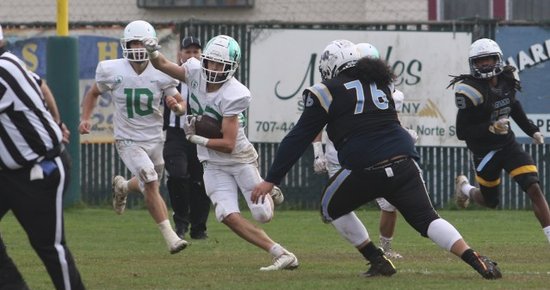 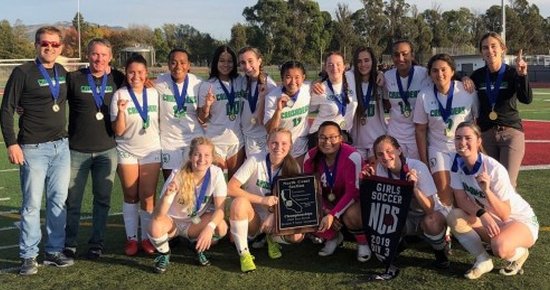