Ashley Quigley continued to impress, scoring a team-high 25 points for the Corsairs, who improved to 5-2.

Next up, the Corsairs open the Shasta tournament on December 5 against Simpson JV.

HSU men get back on track

The Jacks outscored visiting Cal State Los Angeles 61-35 in the second half on the way to a 93-81 win on Saturday night.

Jackson Strong and Robert Lewis each scored a team-best 21 points in the win, with Lewis adding 11 rebounds for a double-double.

With the win, the HSU improved to 4-2 overall an 1-1 in conference.

Alexia Thrower and Tyra Turner each had a double-double to lead the HSU women past Cal State Los Angeles 72-70 at Lumberjack Arena on Saturday night.

Thrower finished with 23 points and 15 rebounds, while Turner had 14 points and 10 assists, as the Jacks won their third straight to improve to 4-1 overall and 2-0 in conference.

Sandin Kidder also had a big night, finishing with 11 points in the win, while Gabrielle Carbajal added 10 points. 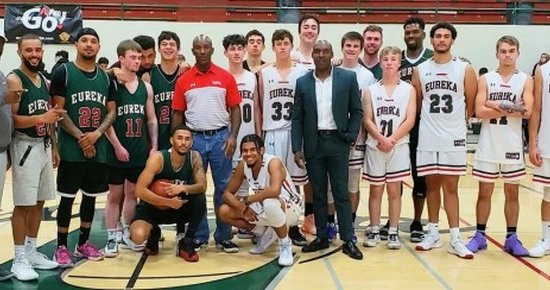