MONDAYS WITH MICHAELE: Get Your Motor Funnin’! » 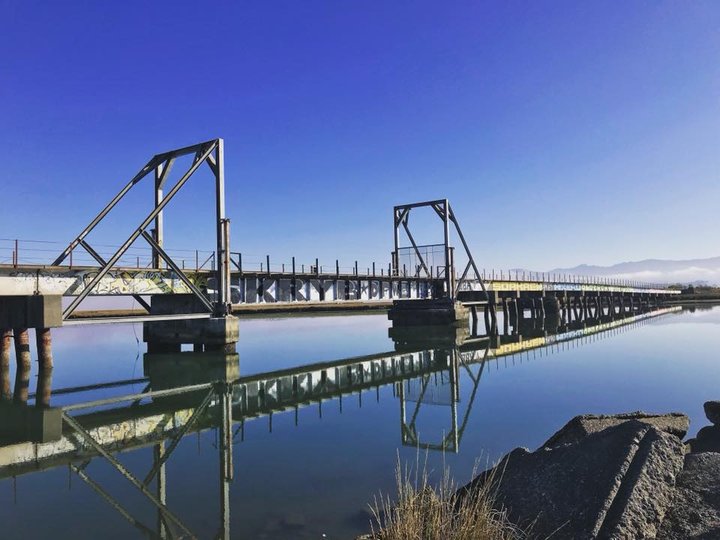 On 11/3/19 at 5:19 p.m. Humboldt Bay Fire was dispatched to a water rescue under the railroad bridge behind Target, 2500 Block of Fourth Street.

According to a witness, the subject fell in to the water from the railroad bridge. The first arriving engine located a male subject unresponsive in the water.

A Humboldt Bay Fire swimmer was deployed with a rescue board. The swimmer reached the victim within a minute of arrival on scene.
The victim was placed on the board, taken to shore and transferred to Paramedics waiting on shore.

Life saving measures were implemented by Humboldt Bay Fire paramedics and City Ambulance paramedics. The patient was transported to St. Joseph Hospital for further advanced treatment. At the time of this release, the patient’s condition is not known.

While involved in rescue operations, a subject on the railroad bridge began interfering with rescue personnel, potentially putting personnel at risk and slowing the operations. Eureka Police Department responded and took the subject in to custody.

There were no injuries to fire or medical personnel during the rescue.

Humboldt Bay Fire encourages people to use caution when around water as walking surfaces can often be slippery closer to bodies of water.