Wildcats Up to No. 2 in NCS Rankings; SB Remains Top in Division 6

Ferndale’s surge towards a league title in football is earning the Wildcats plenty of respect around the North Coast Section.

The Cats, who have won six of their last seven games, moved up to No. 2 in the Division-7 MaxPreps rankings after Saturday’s 27-6 win over Arcata.

The Cats have been the biggest movers in the rankings among the H-DNL teams this season, starting out at No. 11 and gradually climbing.

Saturday’s win also secured at least a share of the Little 4 championship for Ferndale, which is a perfect 4-0 in league play.

Elsewhere in this week’s rankings, St. Bernard’s holds firm at No. 1 in Division 6, while Arcata remains at No. 8 in the same division.

After their impressive win, the Huskies move up two spots to No. 8 in the same division.

In Division 7, Hoopa moves up one spot to No. 9 after beating McKinleyville 32-21, while the Panthers remain at No. 11. 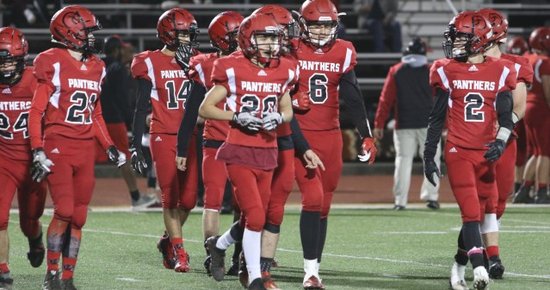