Harrison Claims Victim in Murder Trial Had Raped Him, But He Denies Pulling the Trigger »

The St. Bernard’s Crusaders suffered their first loss of the season at Templeton on a busy Friday night of action for local teams.

The Crusaders wore down in the second half against the far bigger Eagles, falling 49-21 in San Luis Obispo.

In the Little 4, the Ferndale Wildcats took over sole possession of first place in the standings, topping Hoopa 59-30 for their second straight road win to open conference play.

Also in the Little 4, Arcata got the better of McKinleyville 44-13 at the Redwood Bowl.

For more on Arcata and McKinleyville, see Arcata O-Line paves the way in win over Mack …

For more on Ferndale’s win, see High-flying Cats firing on all cylinders …

The home team broke open a tight game in the second half, wearing down the Crusaders who dropped to 5-1.

“We played great. They just switched some things up in the second half and used their size,” St. Bernard’s head coach Matt Tomlin said. “Every lineman outweighed us by 80 pounds.”

Talimaivao Fonoti scored the first of the Crusaders’ TDs on a 25-yard run, with teammate Lane Thrap tying the game late in the first half on a 63-yard TD catch from quarterback Will Omey.

Linebacker Justin Hagler added a 70-yard fumble recovery returned for a TD in the second half.

“They just wore us down,” Tomlin said. “They were too big and strong, but the kids played hard.”
One big positive for the Crusaders was the debut of sophomore Demarte Prudhomme, who had to sit out the first half of the season after transferring from Eureka.

“He was unbelievable on defense,” Tomlin said of the outside linebacker. “And he’ll be a big-time offensive player for us too.”

The Huskies defense held the visiting Thunder to minus-seven total offensive yards in a thoroughly dominating win at Fortuna.

Levi Nyberg ran in for two TDs, as the home team gradually pulled away over the opening three quarters, scoring five TDs and four two-point conversions.

But it was the defense that set the tone for the night, continually pressuring the visiting quarterback.

The Huskies added two blocked punts in the win, adding to the visitors’ misery.

Leading 24-0 at halftime, the Huskies stretched the advantage on their first possession of the third quarter, capping a 72-yard drive with an eight-yard TD run by Draven Boyd.

Jordan Bennett closed out the scoring with a 14-yard TD run late in the third.

With the win, the Huskies improve to 2-4, while Stellar Prep drops to 1-6.

The Del Norte Warriors comfortably took care of business at Trinity, dominating on both sides of the ball.

Del Norte racked up 460 yards of offense while holding the home team to less than 100.

Senior quarterback OJ Callega had a big game for the Warriors, who went to the air more than any time this season, passing for 192 yards and four touchdowns.

Giovanni Gonzalez had over 100 yards receiving and two TD catches, while Kaleb Price also had a pair of TD receptions.

On the ground, the Warriors rushed for 262 yards, with Levi Cox Cooley finishing with close to 100 yards and two touchdowns, including one that went for 60 yards.

“We played well,” head coach Nick White said. We came out and we focused on what we needed to focus on.”

Namely less mistakes and penalties, with a big improvement from last week.

“It was definitely a lot better,” White said.

“Those kids, I think, are the best in the league,” White said.

The Warriors, who are now 6-1, will have a bye next weekend before kicking off the Big 4. 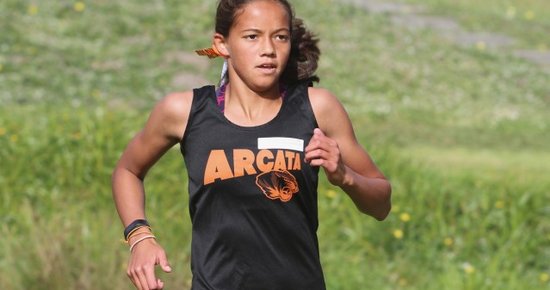