File photo – The Fortuna Huskies improved to 6-0 in league play on Saturday.

The Fortuna girls took over sole possession of top spot in the H-DNL soccer standings on Saturday.

The Huskies got the better of South Fork 7-0 in Fortuna, improving to 6-0 in league play and 10-0 on the season.

Their win, coupled with Eureka’s 2-1 loss at home to Arcata, leaves the Huskies as the lone frontrunners at the halfway stage of conference play.

Fortuna still has to play Eureka twice and Arcata once.

Also playing on Saturday, the Del Norte girls ran out to a 4-0 win at St. Bernard’s.

In boys action, the Arcata Tigers won 4-1 at Eureka, Del Norte shut out St. Bernard’s 9-0 at Crusader Field, and Fortuna got the better of South Fork 7-0 at home.

Aubrie Hall scored a pair of goals for the second straight game, as the Fortuna girls overcame their problem with slow starts, scoring the opening goal in the opening minute.

Kallia Yang also netted twice in the win, while Nyah Cacren, Ava Leonardo and Lauren Brito each scored once.

“I was much happier with our performance today,” Fortuna head coach Kathleen Lynch said. “We spent a lot of time talking about how to put together a complete match, and I felt we did that today.”

Cacren continued her recent impressive form with another solid outing in center midfield.

“She does a nice job of distributing the ball out of the middle,” Lynch said of the junior standout.”

The Warriors posted their second straight win while avenging an earlier loss to the Crusaders.

“They were definitely there to play,” SB head coach Phil Rouse said of the Warriors, who improved to 2-4 in the H-DNL. “They were compact defensively and they had some breakaways in the first half and got up two goals on us.”

For St. Bernard’s, Rachel Rodrigues had a good game in goal with some big stops, while sophomores Emma Wilson and Ema Brenes each continued to impress in midfield and at sweeper, respectively.

With the loss, the Crusaders are now 2-3 in league play.

No scoring details were available for Del Norte.

The Huskies remained undefeated in league play, improving to 5-0-1 at the halfway stage.

The six-time defending champions comfortably took care of a Cubs team that has made a habit of pushing Big 5 opposition close this year.

“For some reason they have our number,” South Fork head coach Kelly Paine said.

With the loss, the Cubs dropped to 1-5-1 in league play, with most of those losses coming against Big 5 schools.

The Cubs, who have already guaranteed their place in the North Coast Section playoffs, were once again led by Jayden Paine, who anchors the team’s defense.

“He was all over the place,” the head coach said. “He never quits and he always has a great attitude. And he’s very skilled, in pretty much every aspect.”

No scoring details were available for Fortuna. 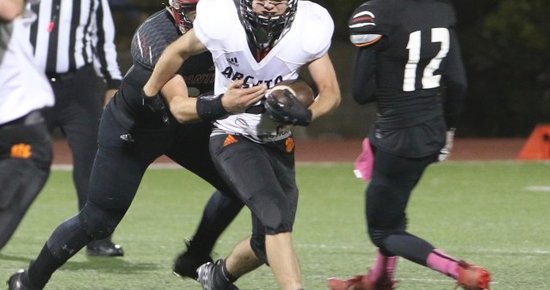 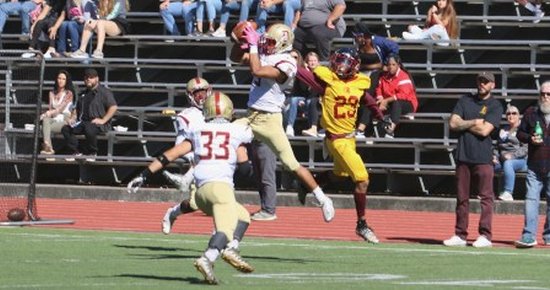