Alex Cappa Broke His Arm Against the Saints Yesterday and Still Played the Entire Game Like a Boss; Coach Says It’s Not a Season-Ending Injury 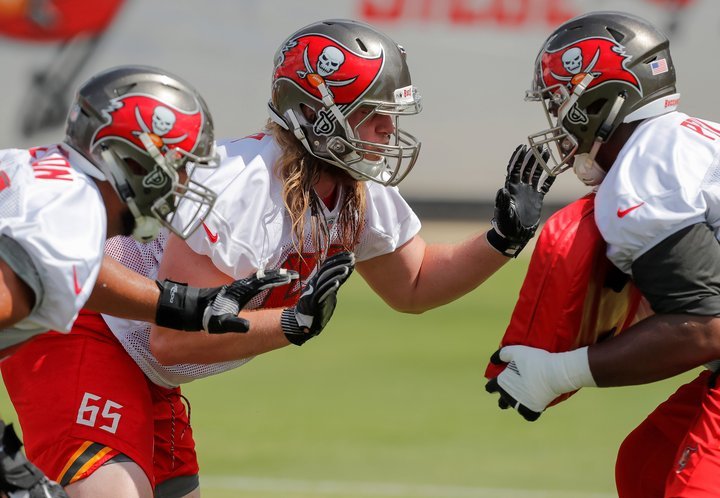 Photo of Alex Cappa provided by the Tampa Bay Buccaneers.

Alex Cappa showed the NFL what it means to be Hum-built yesterday.

Buccaneers head coach Bruce Arians revealed to reporters during a press conference today that Cappa broke his arm during the second quarter of the team’s 31-24 loss to the New Orleans Saints.

Despite the injury, the Humboldt State produced lineman never missed a snap.

“I do have to commend Alex Cappa,” Arians told reporters. “He broke his arm in the second quarter — played the entire game.”

Bruce Arians on the injuries to Demar Dotson and Alex Cappa. pic.twitter.com/xQ3lzYed3C

To add to his toughness, Cappa reportedly told reporters yesterday that his injury was “just a bruise.”

Turns out it was more than that. But despite the severity of his injury, Arians said Cappa is only expected to miss “a few weeks.”

Unfortunately for Cappa, that means he won’t suit up for next week’s big game against the Carolina Panthers, which will be played in Merrie Olde England.

Let’s hope our boy still gets a free trip to London out of the deal.

Cappa gets mainstream media love for his toughness.