Arcata’s Avary Henry continued to close in on the H-DNL girls golf championship with a season-best round of 80 at Fortuna on Monday.

Henry, who has posted the top score in five of the six rounds this season, is now 25 strokes clear in the individual standings.

McKinleyville senior Phoebe Sundberg, who is second in the season standings, also posted her best round of the day at Fortuna, finishing just two strokes off the pace.

Mack junior Isabella Sundberg, who is the only golfer to get the better of Henry this season, was third on the day with a second straight round of 86.

Submitted photo – McKinleyville’s Phoebe Sundberg had the second best score of the day on Monday.

Isabella Sundberg remains third in the season standings, while Arcata holds a commanding lead over second-placed McKinleyville in the team standings, having essentially captured the championship a couple of weeks ago.

The H-DNL girls close out league play at Beau Pre next Monday, before the McKinleyville Panthers host the North Coast Section championships at the same course on October 21. 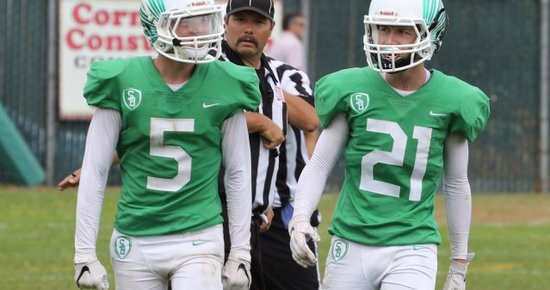