Wildcats Prevail in Entertaining Milk Can

Photos by Ray Hamill/HumboldtSports.com – The Ferndale defense dominated in a 13-7 win over rivals Fortuna on Friday night.

The Milk Can is headed west across the Eel River after an entertaining and hard-fought showdown at Fortuna on Friday night.

The Wildcats stunned a packed house and many neutral observers with a first win in the annual showdown in seven years, winning 13-7.

And they achieved it with some outstanding defense, particularly along the line.

“I think the young men up front defensively played extremely well,” Ferndale head coach Clint McClurg said of his players. “These guys went out there and gave a very strong performance.”

In what was a close matchup that went down to the wire, the Cats took over on downs with just over three minutes remaining and were able to run out the clock for the win.

“Ferndale outplayed us and we congratulate them for doing what they needed to do,” Fortuna head coach Mike Benbow said. “The Ferndale offensive and defensive lines basically won the game for them.”

Offensively, the Cats wore down their cross-river rivals with a productive run-by-committee performance behind a solid line.

But it was on the defensive side of the ball where they really won the game, holding a Huskies team that had put up 68 points in its past two games to just one TD all night.

“Their defense was spectacular,” Benbow said. “Their kids made plays, and in football if you make plays you win.”

In particular, lineman Orion Benton and Dominic Regli were outstanding, as they have been through the opening three games, while teammates Colton Renner and Tristen Martin also made numerous big stops.

Martin and Regli came up with sacks on back-to-back plays late in the game to force the Huskies to turn the ball over on downs.

They never saw it again.

The Cats took the lead on a 64-yard TD run by Landon Gomes early in the second quarter, and added a second score late in the period when Lane Branstetter ran in from a yard out to cap a 14-play, 55-yard drive with just 26 seconds remaining.

With the way their defense was playing, it was all the scoring the Wildcats would need.

Gomes finished with 111 yards on 13 carries, and was one of several Ferndale running backs to have an impact, along with Branstetter, Nico Alejandre, DJ Albee and Rex Rolf.

“Punches in bunches,” is how McClurg described it. “Gomes is going to be there, everybody understands that and expects it, but when you can mix in Rex Rolf on the outside, or Nico Alejandre hitting the hole at 100 miles an hour, or DJ, and we really like the way he’s running the ball, or Lane Branstetter, who’s a tough scrappy football player.”

Quarterback Jenner Christiansen is another quality option, and continues to mature in the position, with some key runs on Friday night.

Alejandre finished with 34 yards on five carries and Albee had 26 yards on four carries.

After being shut out for much of the first half, the Huskies moved the ball effectively in the final 26 seconds of the second quarter, but ran out of time as they were closing in on the end zone.

After Fortuna received the ball to start the second half, Connor Pratt appeared to have scored on a 56-yard reception only to have the play called back on a clipping call.

They did, however get the breakthrough on their second possession of the half, when Levi Nyberg ran in from 10 yards out to cut the deficit to one score.

But if it appeared as if the momentum had switched, the Ferndale defense had other ideas, holding the Huskies at bay the remainder of the game.

According to McClurg, this was a victory that was forged at practice this past week, and one that would not have been possible without the depth of his squad.

“Our practice squad got that defense ready Monday to Friday,” the head coach said. “If we don’t have that, we don’t prepare for this game.” 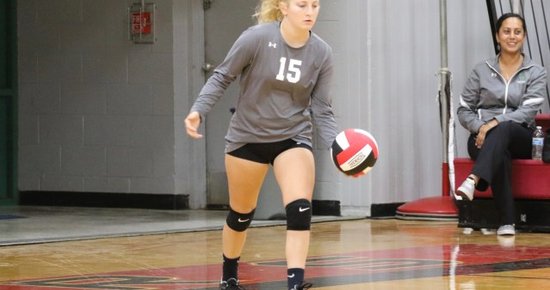 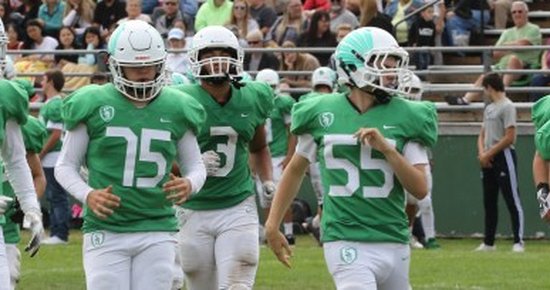