MONDAYS WITH MICHAELE: Flippin’ Out » 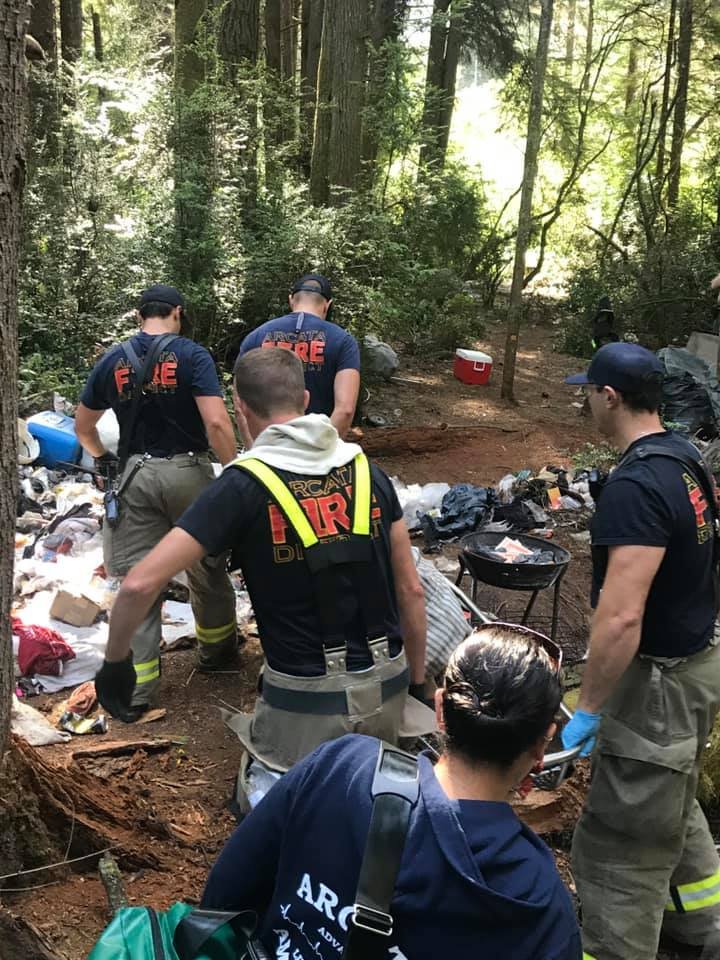 The incident occurred in a large homeless encampment when a dead tree fell and landed on a tent where two people were sleeping.

Once rescuers hiked into the scene, they located two patients who were still in the tent with the tree down on the tent. Rescuers had to climb into the confined area and package the patients working around the large tree.

Once packaged, rescuers carried both patients out approximately 1/5 mile on a litter to a waiting ambulance.

Two rescuers sustained minor injuries to their arms while trying to carry the patients through heavy brush and were treated at the scene.

Both patients were transported to a nearby hospital with moderate injuries. The rescue required 11 rescuers from three separate agencies to work together in challenging conditions.